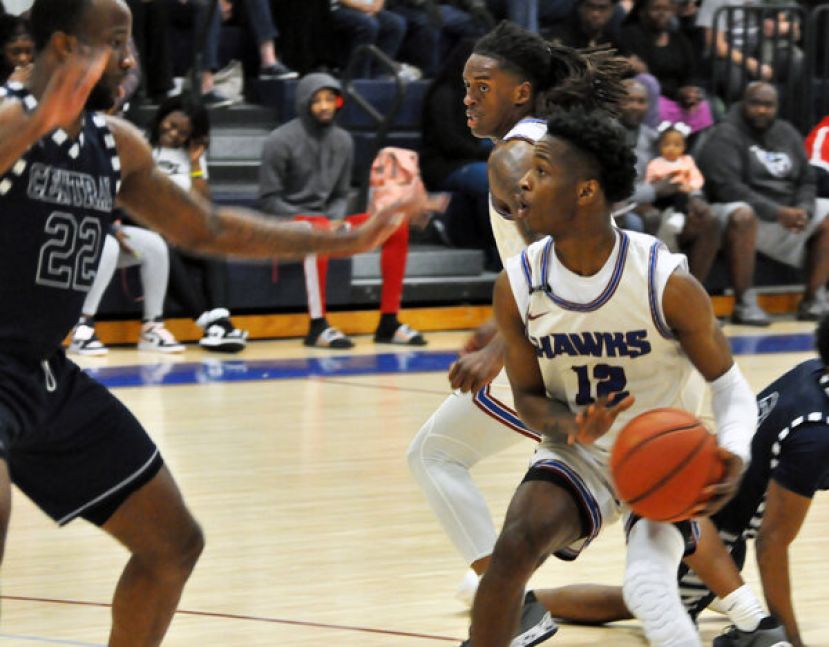 The No. 3 seed South Georgia State College Hawks scored the first 10 points of their GCAA quarterfinal game Tuesday night and never looked back, defeating the No. 6 seed Central Georgia Tech Titans, 75-58. The win moves SGSC into the GCAA semifinals.

The Titans got to within 10 points midway through the second half before the Hawks pulled away for the win.

SGSC held Central Georgia Tech to 30 percent shooting and 23 percent from the three-point line. The Hawks grabbed a total of 47 rebounds, 31 of those coming on the defensive end. In addition, the Hawks had 13 steals and blocked 12 shots.

The Hawks will travel to Rome, Ga., for the tournament semifinals. No. 3 seed SGSC is projected to play No. 2 seed South Georgia Tech Friday, while No. 1 seed Georgia Highlands will face No. 5 Albany Tech.

The semifinal winners will play for the GCAA Tournament Championship Saturday afternoon in Rome. The tournament champion earns an automatic bid to the NJCAA Division I Men’s Basketball Tournament in Hutchinson, Kan., later this month.