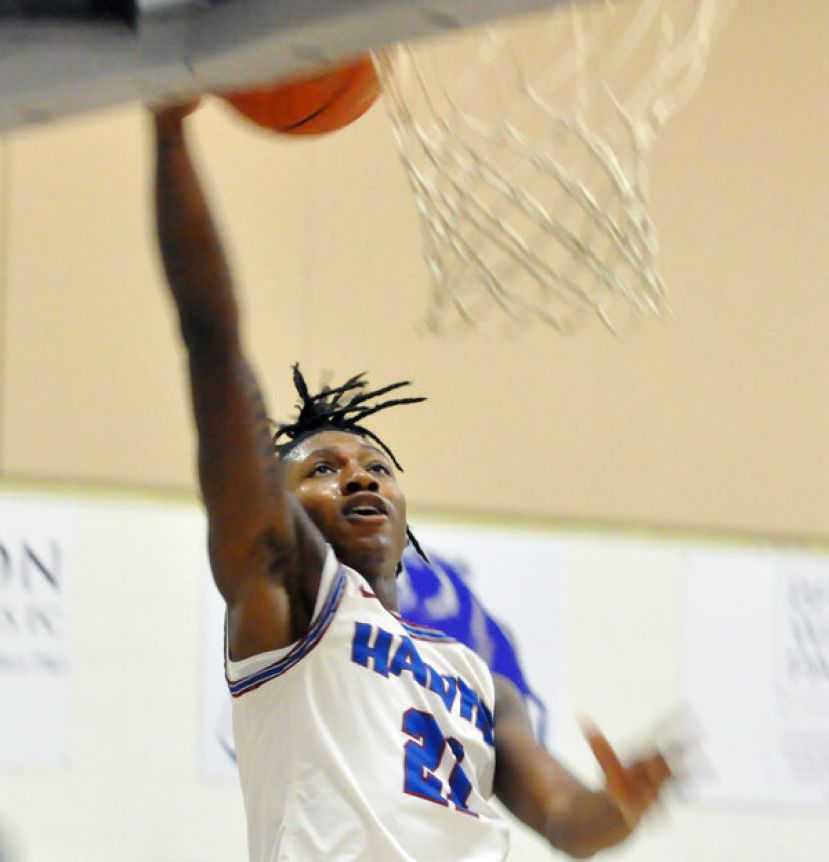 Submitted photo Justin Edmondson scores in the first half against Albany Tech.

Albany Tech’s Khalyl Simmons hit a three-pointer with 50 seconds left in regulation to break a 51-51 tie, and the Titans held on to defeat South Georgia State College 54-53.

Both halves were a defensive struggle with neither team shooting above 40 percent from the field. The Hawks (18-7, 7-4) hit two three-pointers the entire game and attempted only one free throw in the second half.

SGSC led 28-23 at halftime and stretched the lead to 43-29 midway through the second half. The Titans outscored the Hawks 20-6 over a seven-minute stretch to tie the game 49-49 with 3:06 remaining in regulation.

SGSC travels to Central Georgia Tech Saturday and will return to Waycross Thursday, Feb. 17 to play Georgia Highlands. Tip for the Feb. 17 game is set for 7 p.m. General admission to all regular season home games is five dollars with children five and under admitted free.