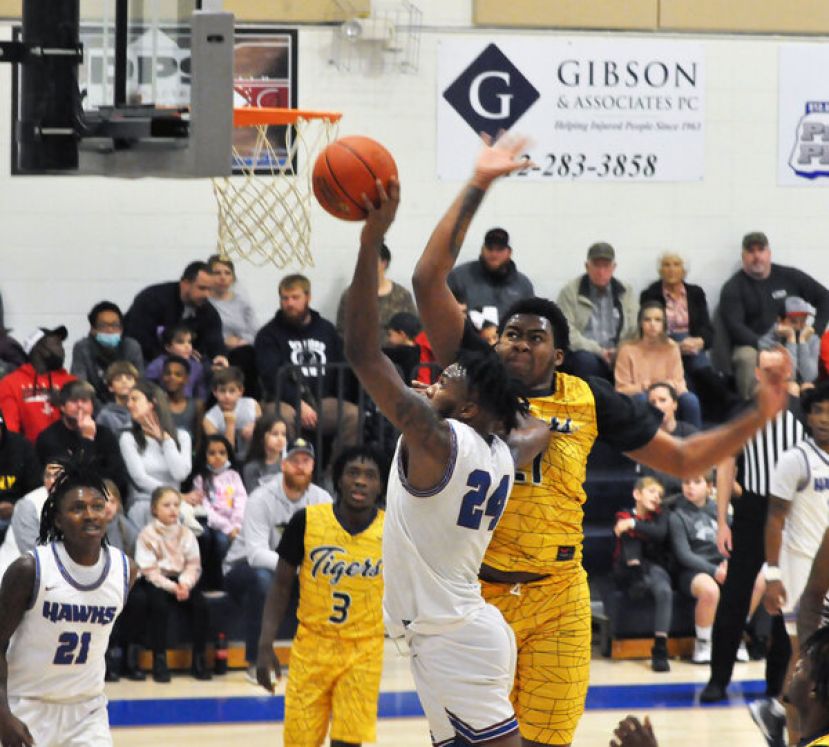 The South Georgia State College Hawks survived a back-and-forth first half with Andrew College Saturday and pulled away in the final 20 minutes to defeat the Tigers, 87-63.

The first half featured six ties and nine lead changes with the Hawks (15-5, 4-2) building a 48-39 lead at halftime. Both teams hit a hot streak from behind the arc in the first half, making a combined total of 14 three-pointers. Andrew College’s Richard Rivers, a 7’0” sophomore from Philadelphia, Pa., hit four three-pointers in a row and finished the half shooting 67 percent from the three-point line.

The second half difference for SGSC came on the boards. The Hawks outrebounded the Tigers 27-8 in the final 20 minutes.

The Hawks travel to Swainsboro Wednesday to play East Georgia State and then will host Southern Crescent Tech next Saturday, Jan. 29 at 4 p.m. on SGSC’s Douglas Campus. SGSC returns to Waycross Wednesday, Feb. 2 to play South Georgia Tech at 7 p.m.