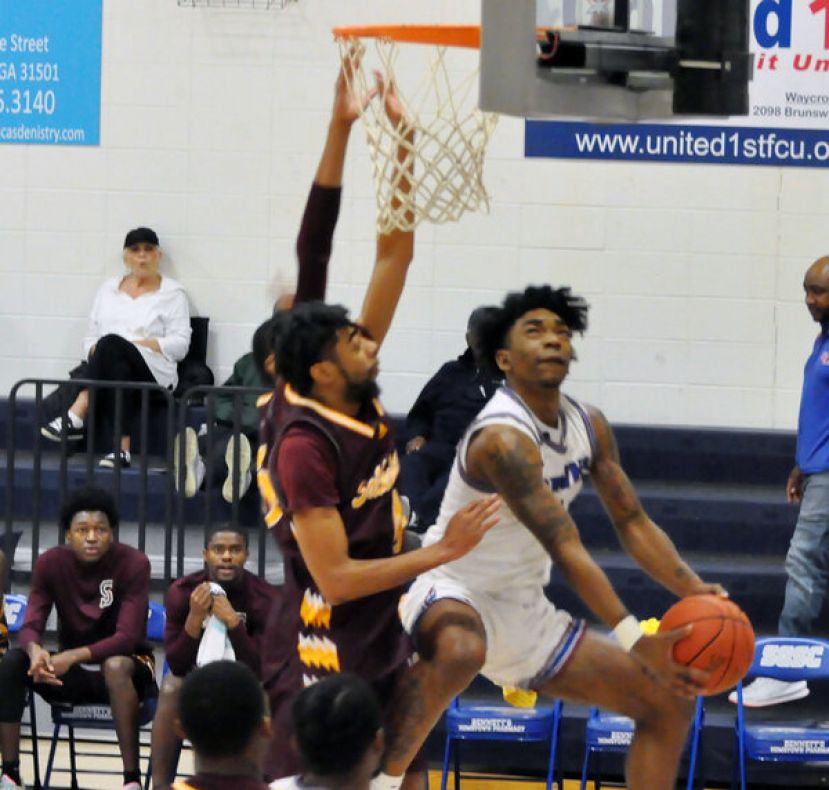 South Georgia State College used a balanced scoring attack Tuesday night to pull away in the second half and defeat USC-Salkehatchie, 70-55.

The Hawks trailed 23-22 late in the first half before going on a 9-0 scoring run to lead 31-23. SGSC extended the lead to as many as 19 points in the second half. The Hawks held USC-Salkehatchie to 34 percent shooting for the game and forced 22 turnovers, 14 of which came in the first half.

SGSC will host the B-Mac’s Basketball Christmas Classic in Waycross this weekend, playing Combine Academy Friday night at 8 p.m. The Hawks will face Gulf Coast Community College Saturday afternoon at 4 p.m. The team will then enjoy the winter break and return to action Tuesday, Jan. 4, 2022 at 7 p.m. in Waycross against North Florida Prep.