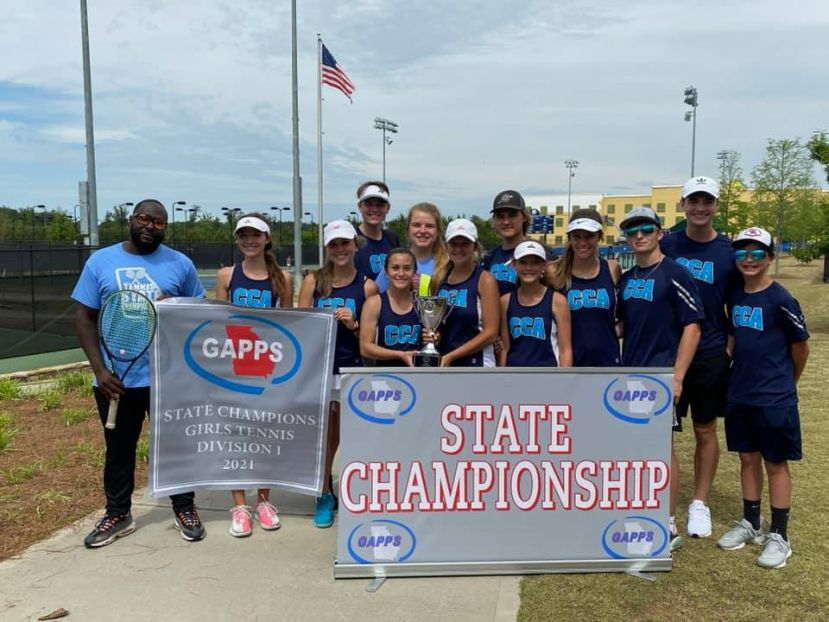 The CCA Lady Patriots are the GAPPS Division I state champions.

Juniors Jenna Williams and Sierra Dorminey played each other in the state championship match, which took place in Rome earlier this week. Williams outlasted her teammate and won the individual title with Dorminey taking the runner-up spot. Anslei Reyes and Lainey Griffin won the state doubles championship as well. The Lady Patriots, who won the last GAPPS state tennis championship in 2019 (no school played tennis in 2020 due to the COVID-19 pandemic), won the team state title as well.

The men’s team advanced to the Final Four but did not advance to the championship match.

Head coach Murvin Browne has spent a lot of time training these champions over the last several years. The CCA tennis team, administration, and athletic department are grateful for Coach Murvin’s dedication to excellence and look forward to many more years of continued success.