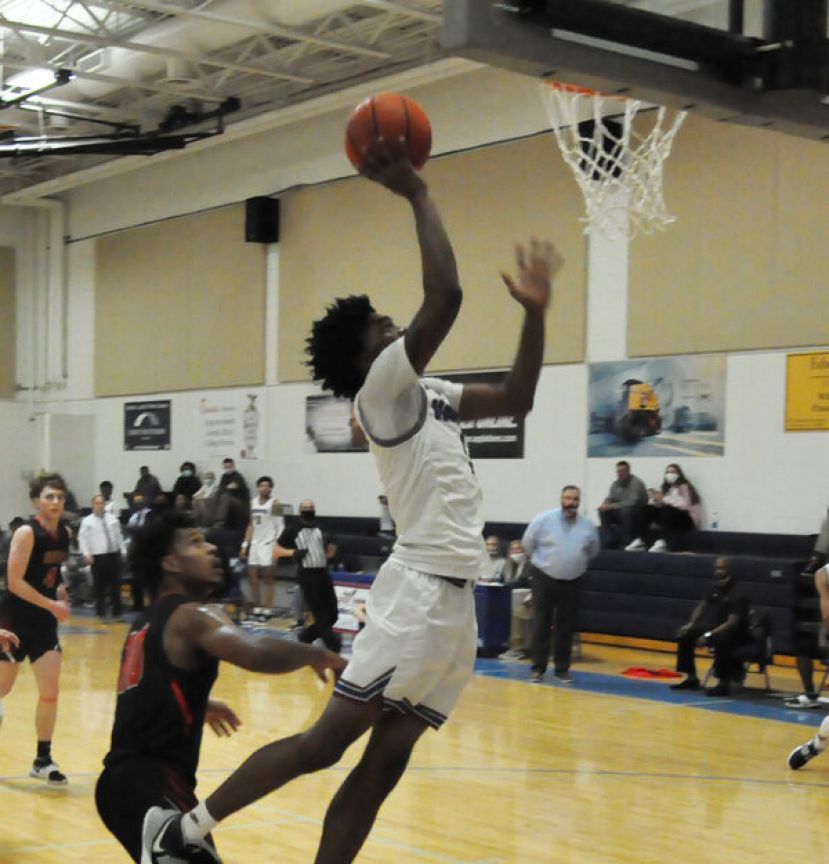 Submitted photo Jalen King has been named the GCAA’s Division I Men’s Basketball Player of the Week for the second time this season.

The Georgia Collegiate Athletic Association has named South Georgia State College’s Jalen King as the Division I Men’s Basketball Player of the Week for the second time this season.

King, a 6’5” sophomore from Columbus, Ga., averaged 15 points, eight rebounds, one assist and one steal in last week’s win over Central Georgia Tech. He also shot 66.6 percent from the field, 50 percent from the three-point line and made 50 percent of his free throws during the game.

King is currently third in the GCAA in points per game (16.2) and fifth in rebounds per game (8.6). He is also in the top ten in free throw percentage (75 percent).

The Hawks (13-3, 7-3) are currently tied for third in the GCAA behind Georgia Highlands and South Georgia Tech with six regular season games remaining. SGSC will finish its regular season home schedule in Waycross against Albany Tech (March 23, 7 p.m.) and Gordon State (March 25, 7 p.m.).

The GCAA has announced the conference tournament will be played April 9-10.