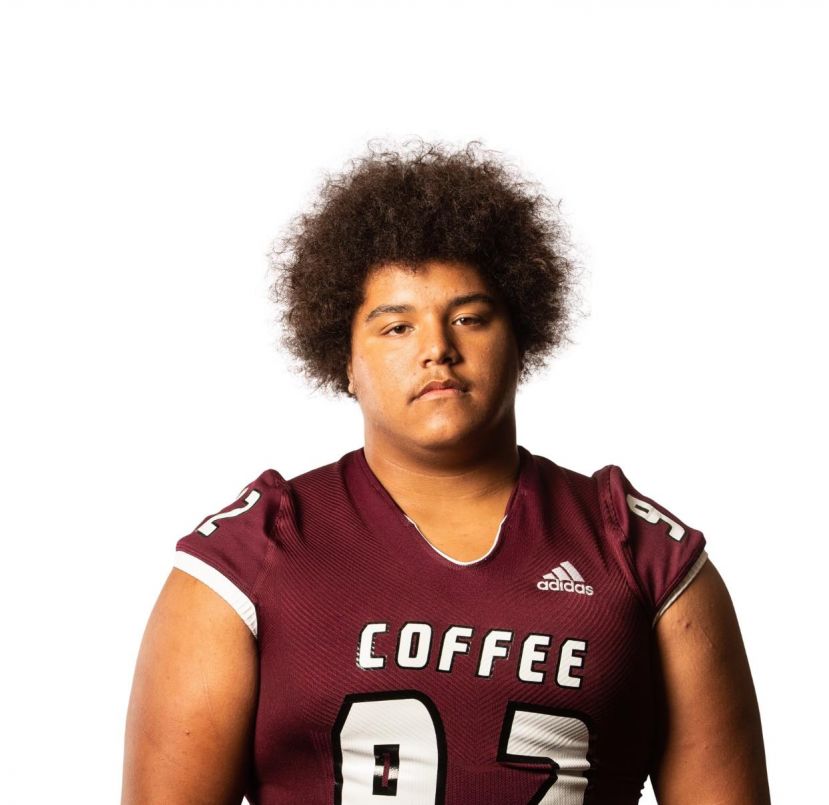 For the second week in a row, the Coffee Trojans erupted in the second half to outdistance their postseason opponent, defeating the Starr’s Mill Panthers 24-9 in Fayetteville to advance to the third round of the state playoffs.

And also for the second week in a row, Maurice Turner was named offensive player of the game. Turner, who scored three touchdowns in Coffee’s first-round win over Ola, added to his playoff touchdown total with two more scores. He also tallied 213 all-purpose yards (142 yards rushing on 14 carries and three receptions for 71 yards).

Cameron High, a 6’, 265-pound junior defensive tackle, earned defensive player of the game honors. He totaled seven tackles, three assists, one tackle for a loss, one sack, and one quarterback hurry. High’s sack came on a key fourth down in Coffee territory that stopped the Panthers’ march toward the end zone. Following High’s sack, Turner broke a 77-yard run for the Trojan’s final touchdown of the night.

The special teams player of the week is Travaris Jackson, who blocked a Starr’s Mill field goal attempt that led to a big Coffee touchdown. The Panthers attempted a 40-yard field goal with about 8:30 left in the game. Jackson blocked the attempt and on the Trojans’ first play from scrimmage, quarterback AJ Wilkerson hit Turner for a 70-yard touchdown pass.