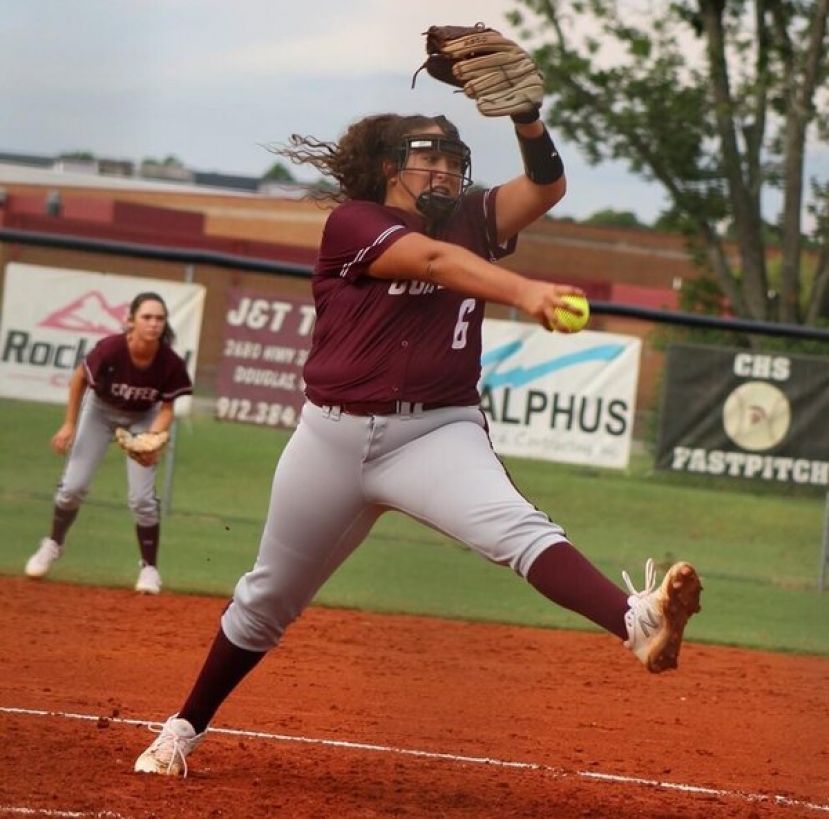 The Coffee Lady Trojans won three out of four last week, setting up a showdown with Wayne County this week that potentially decide the region championship.

Two of Coffee’s wins were against region opponents. The Lady Trojans were on the road Monday losing 4-2 to Brantley County in a non-region game.  The Lady Trojans managed four hits, one each by Madison Strickland, Emily Robinson, Alden Smith, and a homerun by Hannah Capps.  Senior Reagan Thomas pitched well striking out six Herons and scattering six hits.

Ware County came to town on Tuesday and was roughed up by the Lady Trojans in a 13-1 win.  Madison Strickland had three hits including a triple and a double while Hannah Capps and Alden Smith had a pair of hits.  Jenna Graham, Enily Elisis, and Emily Robinson added a hit including a long grand slam by Robinson.  Madison Strickland allowed one hit and struck out  six Gators in the win.

On Thursday the Lady Trojans knocked off Veterans 1-0, which put Coffee in position to take the region title.  Hannah Capps, Emily Elisis, Dalana Smith, and Hanna Hutchison all had a hit.  Hutchison's single was her first career varsity hit at Coffee.  Reagan Thomas picked up the win with nine strikeouts and Strickland struck out the side in the seventh for a save.  "We played some pretty good softball this week and these girls competed every game out.  They have a chance to compete for the title next week which is all we can ask for," stated head coach Stan Hughes.

Coffee will be at home Monday and at Jesup on Thursday.