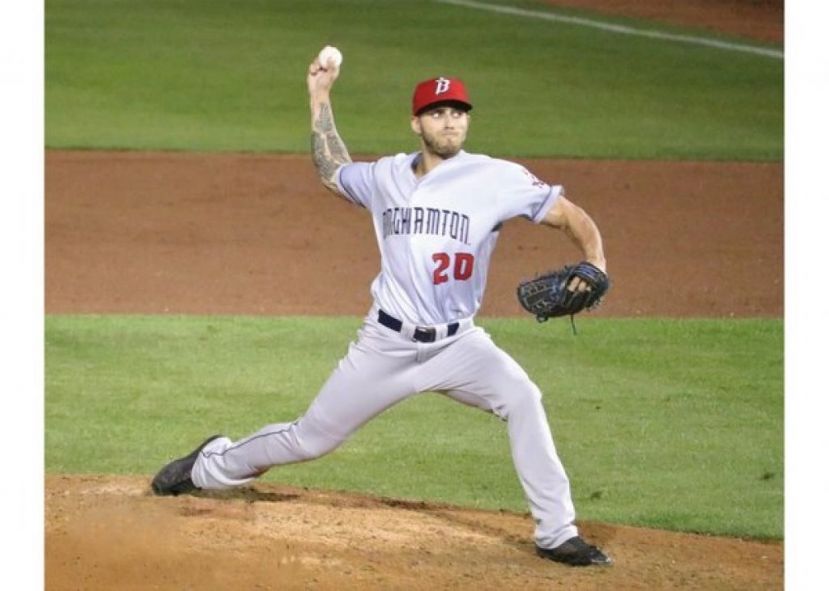 Tyler Bashlor, the hard-throwing right-handed reliever who played for the South Georgia State College Hawks, has been traded to the Pittsburgh Pirates. Bashlor, a Savannah native, was drafted by the New York Mets in the 11th round in 2013 after two years at SGSC. He made his Major League debut in 2018.

Since then, he has been up and down between the minors and the big leagues. He pitched 54 innings in 48 games with a 5.33 ERA and 45 strikeouts in 2018 and 2019. In late July, the Mets designated Bashlor for assignment.  Last week, the Mets traded Bashlor to the Pirates for cash considerations.

According to rumbunter.com, the Pirates chose Bashlor over Robbie Erlin, whom the Atlanta Braves picked up after the Pirates let him go. Pittsburgh liked their chances with Bashlor because primarily, according to the site, he is under contract until 2025. Erlin will be a free at the end of this season.

The site concluded with these three sentences: “The Bucs have a chance to be a little more patient with him than the Mets were willing and hopefully it works out.  With some of the relief performance this team has had this year, he is worth a look.  Worst case the team gave up nothing to get him and give him a chance.”