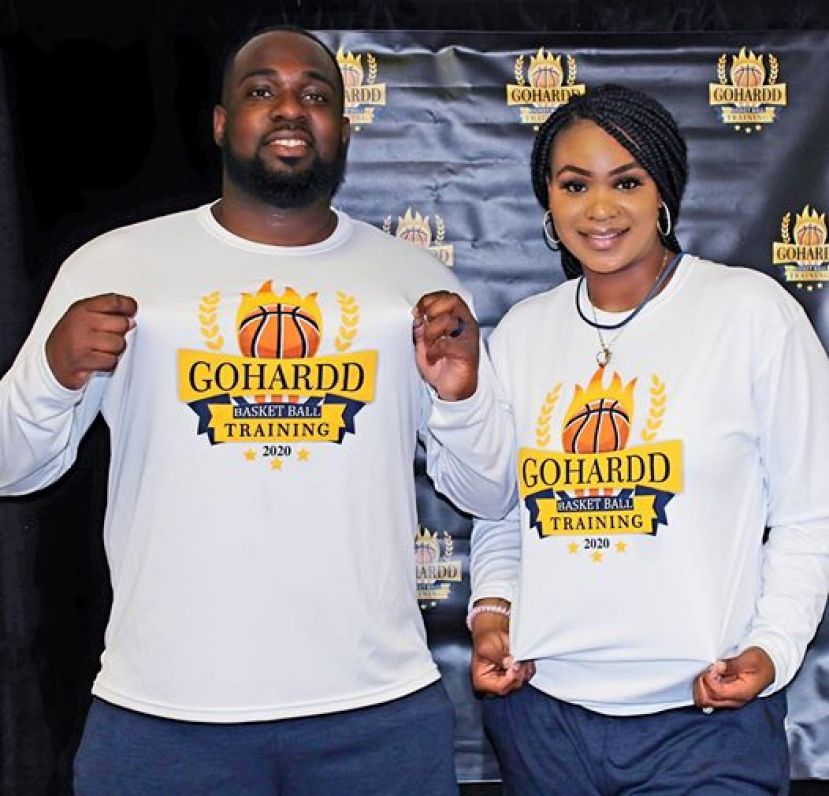 “If we’re going to do something, we’re going to do it well,” Brianna Faulk, of GoHardd Basketball Training, recalls the words that her mother spoke to her when she was only a young child. Brianna admits that she does not believe that she was born a basketball star. When asked how she got her start in basketball she says, “I was not a star in the beginning; I had to find my place on the court.”

Brianna started playing basketball as a young six-year-old girl. Around the fifth grade, Brianna’s parents realized she may need a little bit of help to realize her dream of being a successful basketball player and got her the help she needed. Soon, the extra training paid off. After a couple of years, Brianna had a real “turn around” on the court. The once-shy, quiet girl with low self-esteem found herself on the court, and basketball became her form of expression and communication with the world.

Coffee High School welcomed Brianna to the varsity team with open arms. With a little help from friends and family, Brianna managed to get noticed by college recruiters. During her junior year at CHS, East Tennessee State University in Johnson City, TN, communicated to Brianna that they would like to offer her a scholarship after graduation from high school.

As she continued her high school varsity career her senior year, Brianna took notice of a freshman basketball player at CHS by the name of Michael Faulk, Jr. Michael was already showing promise as a basketball star as well. Brianna went to her senior prom with the younger Michael, and jokes that she had to give him a ride home because she was four years his senior!

Brianna’s career at East Tennessee State University was fruitful as her team won an Atlantic Sun Conference Championship and Brianna earned her first championship ring. She would then transfer to Johnson C. Smith University in Charlotte, North Carolina, where she would earn a bachelor's degree in Sports Management, as well as yet another championship ring in 2008.

Brianna was convinced that she would surely find her future husband in Charlotte. However, she did not, and returned to Douglas where her friendship with the younger Michael Faulk, Jr., would be rekindled. Michael had also been quite successful in his basketball career, earning scholarships to play at Central New Mexico Community College in Albuquerque, New Mexico.

However, Michael’s story would play out quite different than Brianna’s. After arriving at Albuquerque, Michael would go through some difficult times, and later on transfer to Brewton Parker, where he continued to play the game he loved. Upon his return to Douglas, he would fulfill a new calling in his life, and become an officer of the law. He married his former prom date, Brianna, in 2015, ten years after they attended prom together.

Brianna says of Michael, “He has a natural protector personality and finds fulfillment in serving his community, and being a mentor and voice to those who may not always have a voice.” He uses his knowledge to teach young people how to overcome adversity and encourages them to pursue their dreams. Michael is currently employed as a deputy with the Coffee County Sheriff’s Office.

Prior to her marriage to Faulk, Brianna had known that she wanted to use what she had learned on the basketball court to mentor young people, teaching them that even players who may not be the best on the court in natural ability can overcome that and still find success by pushing through the tough days. She self-published her first book, “Go Hard,” in 2013. Brianna feels that the message in her book is still just as relevant now in 2020 as it was when she published it in 2013.

Soon, the former basketball stars realized that they were better together as a team and added another letter “D” to “Go Hard,” and the GoHardd Basketball Training program was born. Michael shares the love for the game of basketball with Brianna, and both also share a love for the kids and youth of the community. Michael and Brianna want to teach young people not only to become great basketball players on the court, but also to become great leaders in life. They hope that what they can teach young people is much bigger than just the game of basketball. They strive to train youth to have great character and possess a positive outlook on life by, “grooming great people not just great players.”

On May 27, 2020, the Citizens Christian Academy Board of Directors and Administration announced that Brianna would be the new middle school girls' basketball coach for the 2020-2021 season. She will also serve as the assistant coach for the varsity Lady Patriots. The Faulks’ will be hosting GoHardd basketball training camps, as well as a leadership workshop, this summer. You can get more information on their Facebook page, GoHardd Basketball Training, or email them at This email address is being protected from spambots. You need JavaScript enabled to view it..