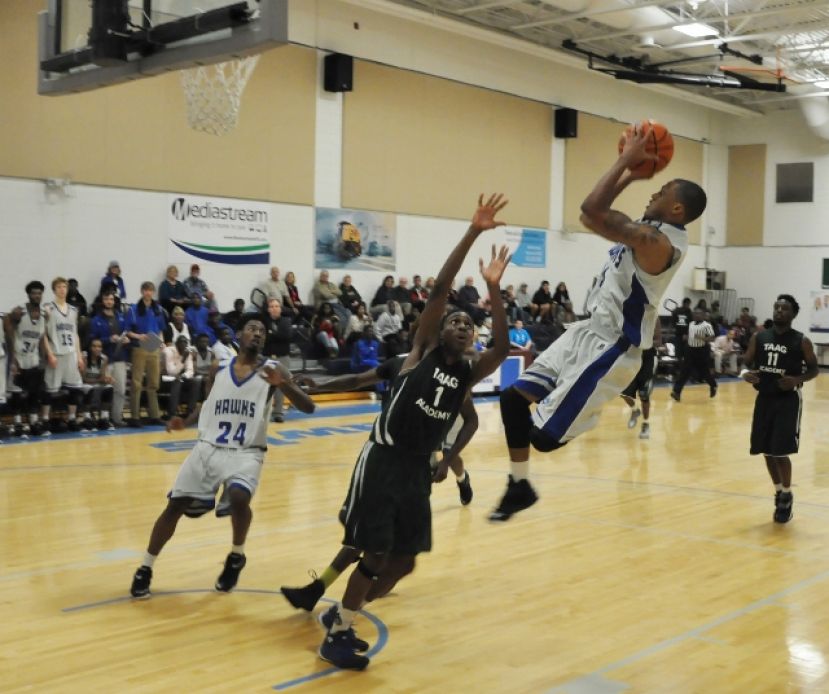 The South Georgia State College Hawks are now 8-1 on the season following a 67-44 win against the TAAG Academy Ambassadors Tuesday night.

“This was one of our better nights defensively,” said head coach Cory Baldwin.  “They (TAAG) have some good inside players who were able to disrupt us a little, but we wore them down in the second half.”

The Hawks will enjoy the Thanksgiving break then return home Tuesday, Dec. 2 to play Brewton-Parker College’s junior varsity team at 7 p.m.  The current homestand will conclude Saturday, Dec. 6 at 4 p.m. when SGSC opens its conference schedule against Georgia Highlands.