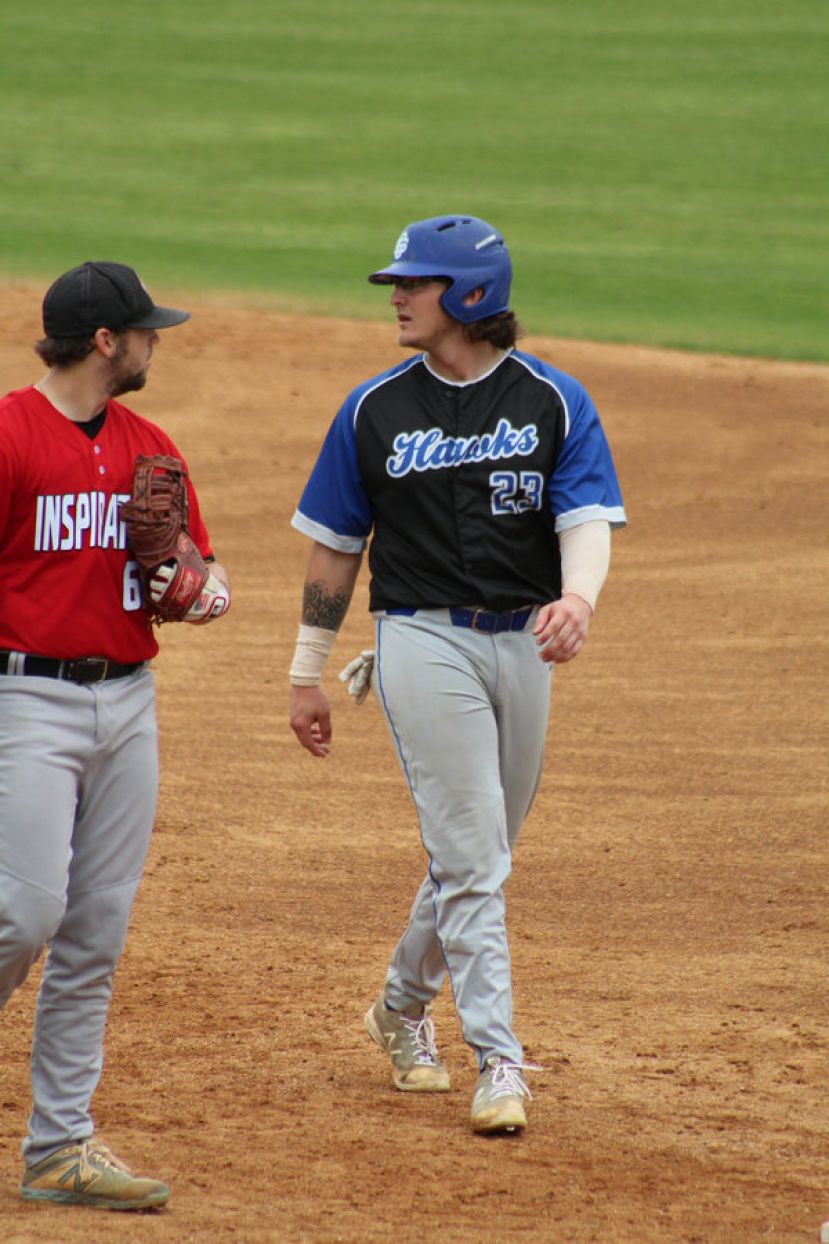 Submitted photo Tucker Jordan, an outfielder from Tallahassee, Fla., hit one home run to help the Hawks earn the wins.

Playing a series against Inspiration Academy on the Hawks’ home field, South Georgia State College baseball extended its winning streak to 10 games with 14-1 and 11-5 victories on Tuesday, March 10, 2020.

After securing a win Monday, the Hawks kept the magic alive as they entered the doubleheader Tuesday. SGSC fired up the offense in the first inning, when Walker Sinclair singled on a 0-1 count, scoring one run. The Hawks tallied six runs in the third inning. Mason Spivey, Matthew Warren, Kody Krause, and Christian Campbell all drove in runs in the frame. SGSC hit two home runs on the day. Tucker Jordan went deep in the second inning. Greg Wozniak put one out in the fourth inning.

The Hawks saw the ball well Tuesday, collecting 12 hits in the game. Campbell and Sinclair all had two hits to lead South Georgia. JR Lonon, Clayton Smith, Jordan, Krause, Spivey, Warren and Wozniak had one hit apiece. Every Hawk that came to the plate got at least one hit. The Hawks were sure-handed and didn't commit a single error. Wozniak made the most plays with eight.

Matt Thompson earned the win for the Hawks. He allowed five hits and one run over five innings, striking out eight and walking one.

In game two, the Hawks scored eight runs in the first on its way to an 11-5 victory. The big inning was thanks to a single by Tyler Spence, a home run by Carlos Hernandez, a groundout by Tony Player, and a double by Kristian Navarro.

SGSC racked up 11 hits in the game. Spence led the Hawks with three hits in four at bats. Hernandez and Player each had two hits for South Georgia. Jackson Howell, Anthony Calabro, JT Rice and Navarro added one hit apiece. The Hawks tallied one home run on the day when Hernandez went for the long ball in the first inning.

Grant Adams earned the win for the Hawks. He lasted three innings, allowing four hits and three runs while striking out five. Matthew Grizzle, Chantz Cruz, and Buck Bennett all put in work in relief out of the bullpen, steering the Hawks towards the victory.