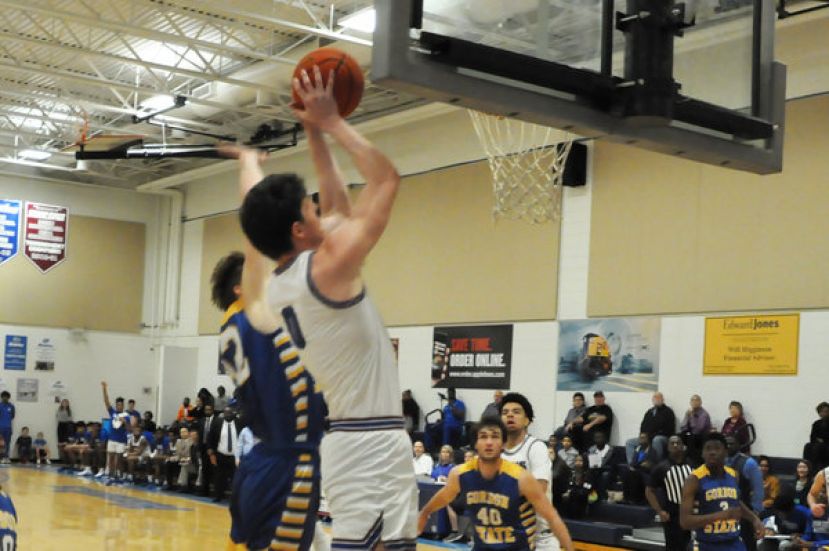 Submitted photo Will Ferguson drives for two of his 15 points in the GCAA Tournament quarterfinal game against Gordon State.

Three Hawks finished in double figures, led by Marquise Jackson with 19 points and four steals. Bryce Brown had a double-double of 18 points and 11 rebounds. Will Ferguson rounded out the top scorers with 15 points. Ferguson hit 13-of-14 free throws, shooting 93 percent from the free throw line.

The first half was a low scoring struggle for both teams, each shooting less than 35 percent from the field. SGSC missed 10 free throws in the first 20 minutes, and the Highlanders capitalized by taking a 29-26 lead into halftime.

Things improved for SGSC in the second half, as the Hawks missed only three free throws and shot 52 percent from the field. The glaring statistic came from beyond the arc. The Hawks hit one three-pointer the entire game.

The semifinals and championship game will be played in Macon, Ga.