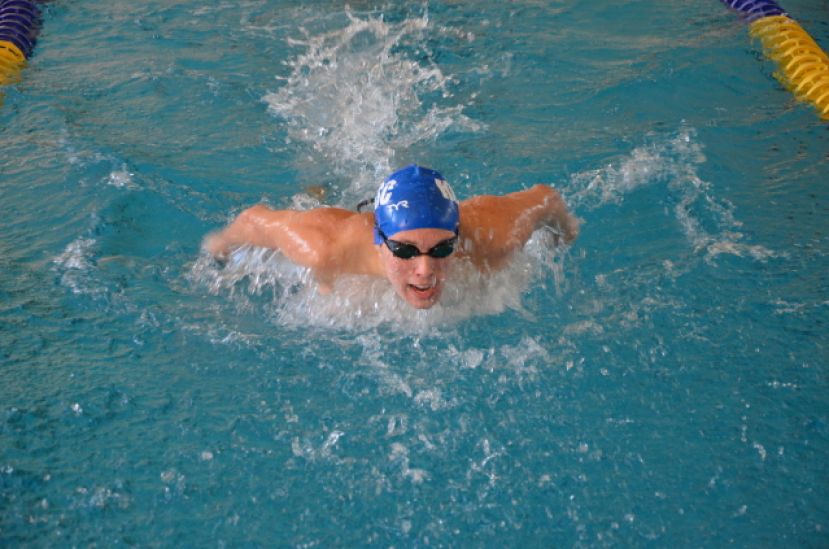 Freshman Austin Vines of Moultrie set a new school record in the 50 back with a time of 24.5, and he won the 100 backstroke event. Freshman Ryan Davis of Ochlocknee won the 1000 yard freestyle for the men.

The Hawks won four relays at the meet. The women won all three of their relays and the men won the 200 medley. Swimming in the men’s medley were Vines; Austin McCollough of Lafayette, La.; Dylan Villhauer of Woodstock; and Alex Haymond of Columbus. The women’s first place 200 medley and 400 freestyle teams consisted of Bagaoisan, Meece, Ives, and Hazlehurst’s Bonnie Brown. Megan Harding of Thomasville chipped in to help the women win the 200 freestyle relay.

“We were two swimmers down on the men’s side due to injury and illness which caused us to come up a little short, but our women easily dominated the meet. It’s always nice to win your own invitational meet, and our swimmers raced very well,” commented head coach CM Jenkins.

The Hawks swimmers will compete next Saturday at LaGrange College Invitational in LaGrange.