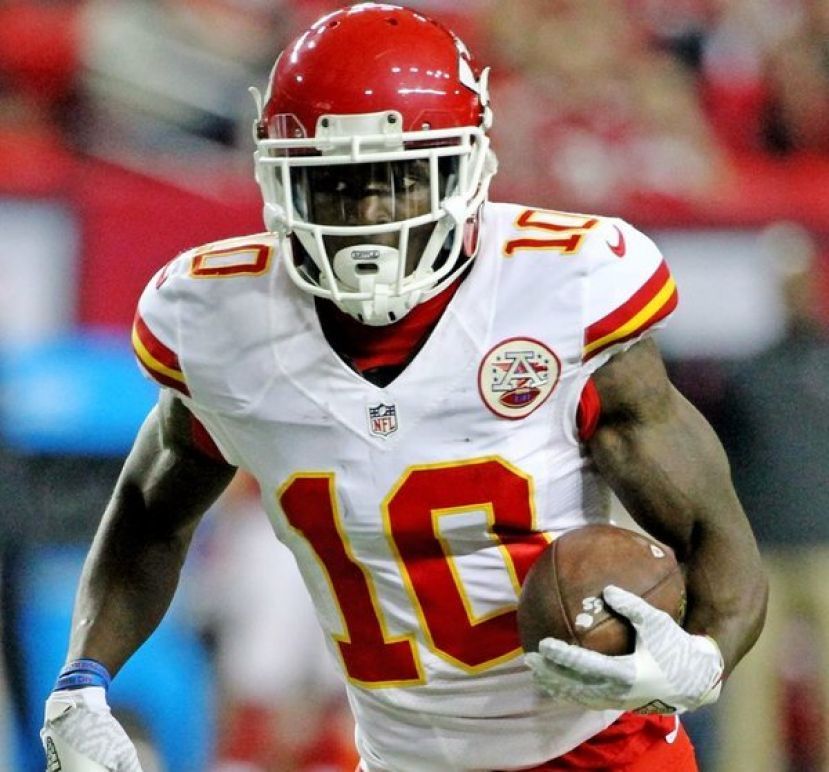 Kansas City Chiefs wide receiver Tyreek Hill is the subject of a battery investigation in Overland Park, Kansas, according to multiple media reports. Apparently, Hill’s fiancée, Crystal Espinal, filed a report against Hill alleging child abuse/neglect. Hill has not been charged with a crime.

Espinal has filed two reports, according to Deadspin.com – one on March 5 and another on March 15. The Kansas City Star has a copy of the police report; it states that the March 15 incident involved their three-year-old son, who suffered a broken arm. However, sources close to Hill state that the star wide receiver has committed no crime and the incident didn’t happen as it is stated on the police report.

The Chiefs have released a statement as well, simply saying that they are aware of the investigation and would not be commenting any further.

A domestic assault charge, also involving Espinal, ended Hill’s football and track career at Oklahoma State. He has completed his probation stemming from that incident and the conviction has been dismissed, according to an ESPN report.

Hill has named to three straight Pro Bowls and has caught 223 passes for 3,255 yards and 25 touchdowns in his three years with the Chiefs.

More in this category: « Four Hawks named to All Academic team Johnson County DA: No charges against Tyreek Hill »
Login to post comments