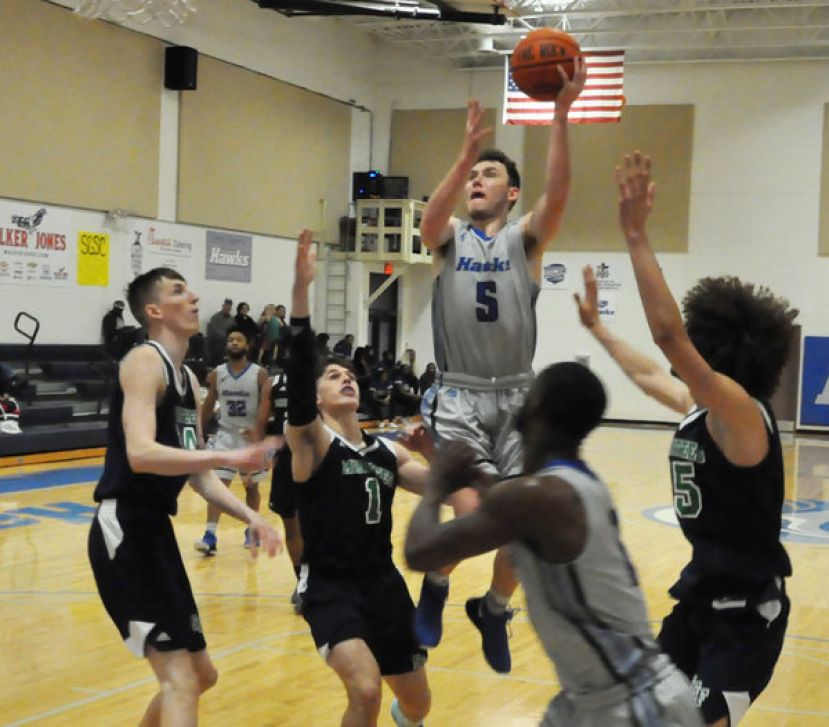 The Hawks opened the SCF game in a scoring drought, finishing with a total of six points in the first nine minutes. It didn't take long for SGSC to create a 10-0 scoring run in the next three minutes to pull ahead 16-15. It was back-and-forth for the remainder of the first half as SCF went to the locker room leading 30-25.

In a game that featured six ties and seven lead changes, the Hawks found themselves with the ball and trailing 72-69 with 11 seconds remaining in regulation. SGSC had to settle for a two-point basket with 1.7 seconds left and fouled SCF in hopes of getting one more possession. SCF hit 1-of-2 free throws, but Skylar Baggs' desperation shot at the buzzer fell short, giving SCF the win.

"I thought we battled (SCF), but we just couldn't catch a break. The win against Denmark Tech was hard fought and tough. I thought we did a tremendous job of not getting rattled with all of (Denmark's) pressure and the amount of three-point shots they took," said head coach Cory Baldwin. "I thought overall the Classic was a success, because we got tested during both games."

The Hawks hit the road for four games before returning to Waycross Dec. 7-8 for the Chick-Fil-A Classic. General admission to all regular season home games is five dollars with children five and under admitted free.