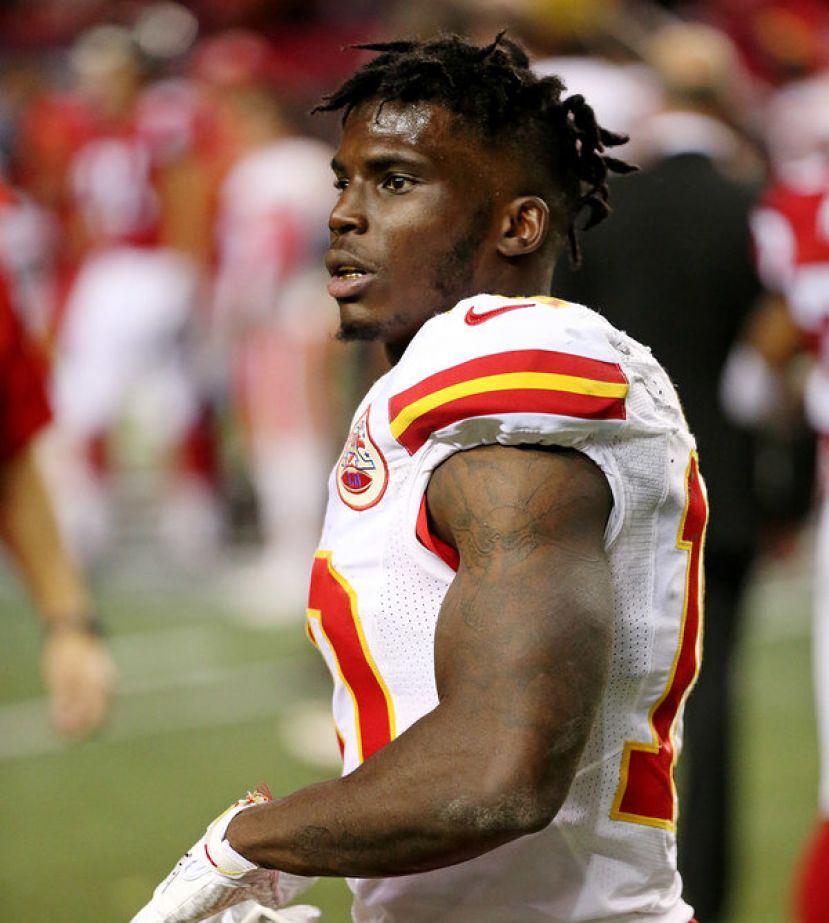 After a game ends, players always head to the showers. But last night, Kansas City Chiefs wide receiver Tyreek Hill got a shower of another kind during the Chiefs’ 43-40 loss to the New England Patriots in Foxboro, Mass., when a Patriots’ fan doused him with beer following an important touchdown with 3:03 left in the game.

The undefeated Chiefs trailed the Patriots by 15 at halftime but came roaring back in the second half. Hill scored three touchdowns during the comeback, none more important than the 75-yard catch from quarterback Patrick Mahomes with 3:03 remaining that made the score 40-39 New England.

As Hill ran into the end zone, a New England fan threw beer on him. Several others shouted at him and gave him the middle finger. Hill seemed unfazed and didn’t interact with the fan after the brew bath. Kansas City made the point-after and tied the score at 40. The Patriots, however, kicked a field goal as time expired to win 43-40.

Hill finished the game with seven receptions for 142 yards and three touchdowns. ESPN is reporting that the Patriots’ security has identified the fan, banned him from the stadium, and has turned the case over to law enforcement to see if charges will be filed.