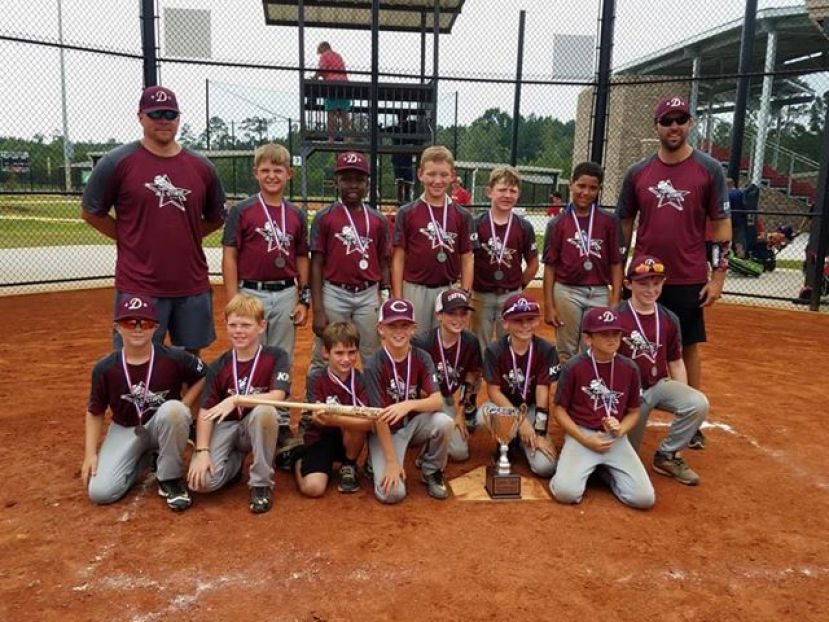 The Douglas-Coffee County 10U All Stars won a district championship then advanced to the state tournament in Springfield, where they finished second to a very tough Vidalia squad.

These young men represented Coffee County well in both the district and state tournaments. The team traveled to Waycros from June 23-25 to compete in the district tournament. They went undefeated in district competition to secure the title. Coffee defeated Liberty, Ware and Glynn County (twice).  The team allowed only 14 runs in four games while outscoring their opponents 39-14. Landon Williams led the team at the plate in district with an astounding .929 batting average. The boys would then travel to Springfield from July 11-13 to compete for the state championship. Coffee defeated a tough team from Lyons 7-4 and then outscored the host team, Effingham County, 20-7. Coffee would then play Vidalia the following day in what turned into a defensive battle. Vidalia had no errors and 10 hits on the way to a 5-2 win.  Coffee returned to play rival Glynn County for a third matchup in as many weeks to get back to undefeated Vidalia. Coffee beat Glynn County 9-7 in a back and forth contest.  In the double elimination tournament, Coffee needed to defeat Vidalia twice to win the state title. Vidalia proved to be stellar defensively once again, only allowing two runs, while scoring seven of their own. Gray McLean led the team at the plate with a .722 batting average. Jonathan Rutland and Mark Griffin led the team defensively in both tournaments with big league plays that took the wind out of the opponents' sails. Coaches Brandon McMillan and Adam Vickers were extremely proud to have such a talented and dedicated group of boys to represent Coffee County. The future of baseball looks bright for Coffee County.