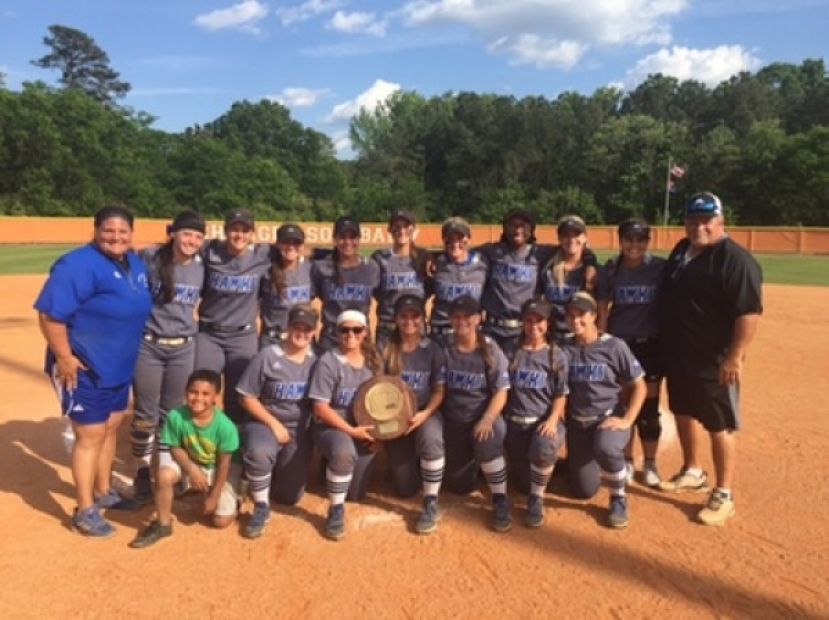 For the second time in two years a team had to come from the losers bracket to capture the GCAA softball tournament. This year the South Georgia State College Lady Hawks are the 2018 GCAA/Region 17 champions and are going to the NJCAA national championship tournament. The Hawks defeated the third seeded Lady Chargers 13-4 in a tournament that went all the way to the championship "IF" game to determine the champion.

The second-seeded Hawks took the hard road through the Region 17 double-elimination tournament having to play five games and winning four consecutive games coming out of the losers bracket, this after losing their opening round game. SGSC had to defeat the Chargers twice today after losing to them on day one in the tournament.