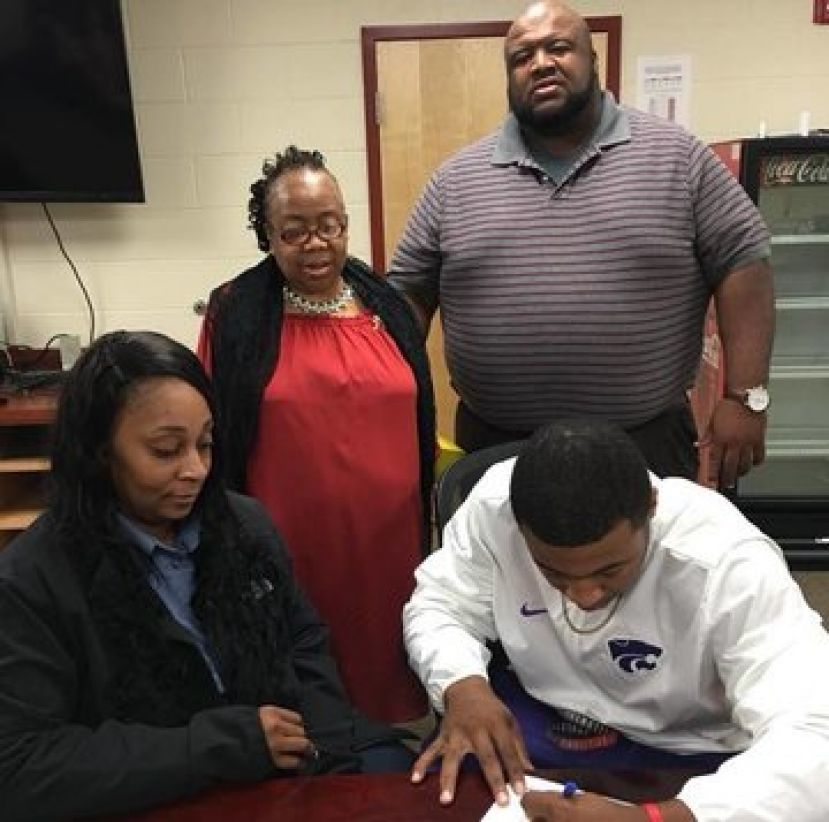 While most of the football fans in the community were paying attention to the Georgia Bulldogs and the historic recruiting class head coach Kirby Smart landed during the early signing period on Thursday, Dec. 21, a Coffee High Trojan was quietly inking a scholarship of his own. It may not have been in Athens but it’s still the veritable opportunity of a lifetime.

Derick Newton, the Trojans’ 6’2”, 270-pound battering ram of a defensive end, signed with the Division I Kansas State Wildcats of the Big 12 Conference at K-State’s Manhattan, Kansas campus. Schools all over the country were after Newton, who led the state in sacks in 2016 and terrorized offenses throughout 2017 as the Trojans finished 10-4 and played for their first-ever state championship against Lee County.

According to MaxPreps, Newton finished his career with 201 total tackles (187 solo), 34 sacks, six fumbles caused, and two fumble recoveries. Newton has been one of Coffee’s impact players since his freshman year and anchored a defensive line this year that bested some of the state’s best offenses. He was one of the most highly sought-after Trojans and is expected to make a similar impact with the Wildcats.