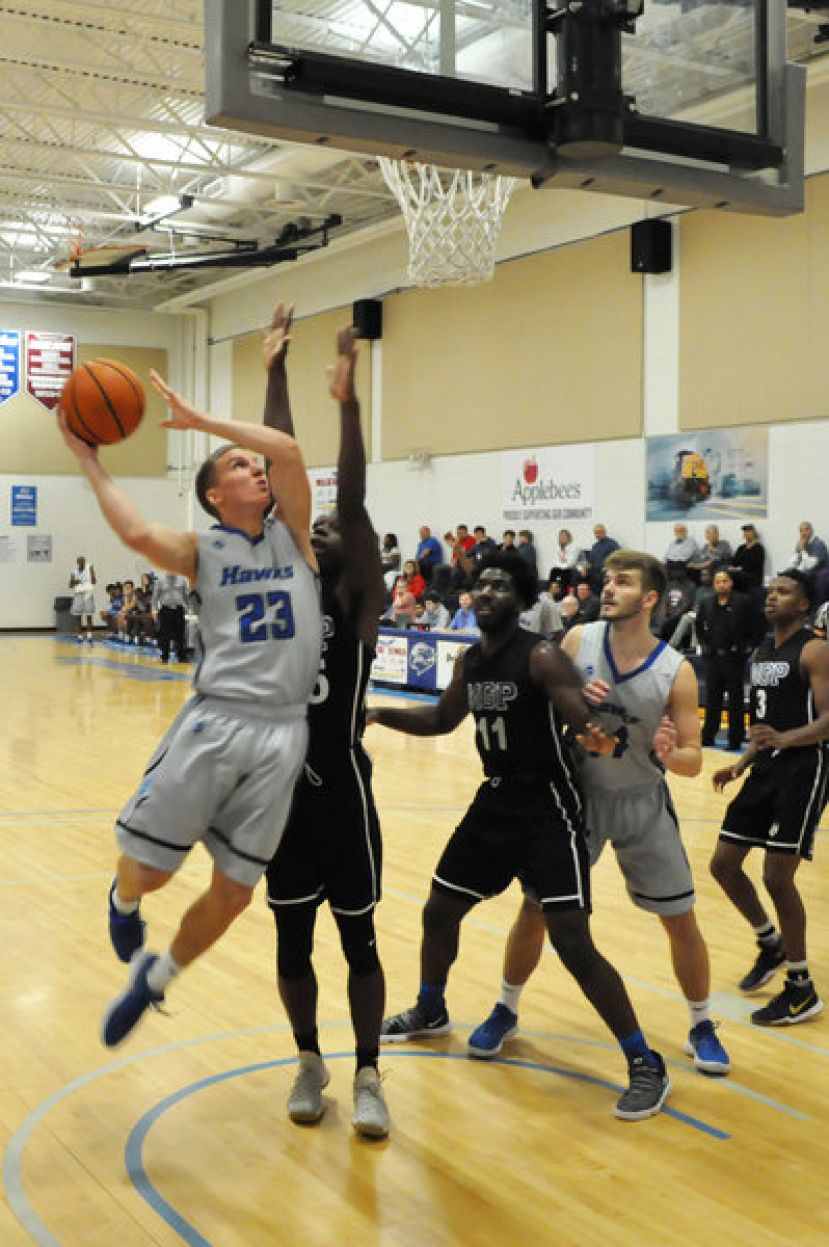 The Middle Georgia Prep Lions have already spoiled games this season for Central Georgia Tech and Albany Tech – both members of the GCAA.

The Lions hit 8-of-10 free throws in the final 3:16 and never surrendered the lead the entire night, defeating the Hawks 73-65.

“We just never could get into a rhythm tonight,” said head coach Cory Baldwin.

The Hawks were held to five points in the first ten minutes and trailed by as many as 10 points before cutting the lead to 28-23 at halftime. The Lions extended their lead to 12 points in the second half before the Hawks tied the game at 54-54 with 6:55 left in regulation. The Hawks would tie the game three more times in the final minutes but could never break through to take the lead.

Nate Louis and Keyshaun Street were the only Hawks to finish in double figures. Louis, the current GCAA Player of the Week, had 16 points, four rebounds, five assists, and five steals. Street finished with 15 points.

The Hawks will enjoy the Thanksgiving break and then begin a two-game road trip against Florida State College-Jacksonville and Denmark Tech. The next homestand will be Friday, Dec. 8 and Saturday, Dec. 9 as the Hawks host Arlington Day Post Grad and Combine-Charlotte in the Chick-fil-A Classic at SGSC. Tip for the Friday night game is set for 8 p.m., and the Saturday game will start at 4 p.m.