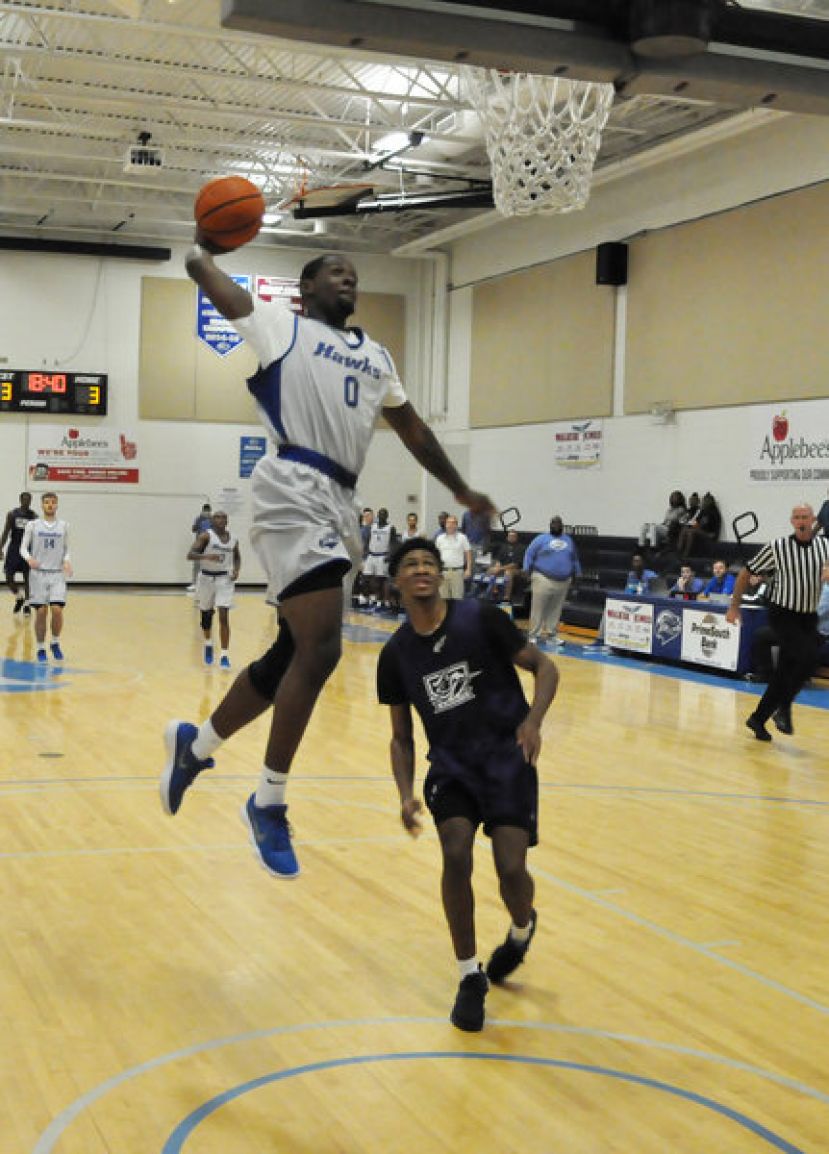 The Hawks and Knights battled to a 30-30 tie at the end of the first half. The scoreboard was reset at halftime, and SGSC outscored MGSU 46-40 in the second half. The teams played an extra 10 minute period with the Hawks edging the Knights 10-7.

With a roster that includes only three returners, the Hawks were led by a balanced scoring attack featuring four players in double figures. Dwayne Wilson had 17 points, shooting 89 percent from the field. Nate Louis finished with 15 points, followed by Keyshaun Street with 13 points. Tracy Hector rounded out the top scorers with 10 points.

“They (MGSU) are a great team, and this game was good for us,” said head coach Cory Baldwin. “They were pretty physical, but we played through the contact. It was also good for our freshmen to experience a real game type atmosphere.”

The scrimmage featured the return of two former Hawks who have continued their basketball careers with the Knights. Khalil Abdullah and McKinley Chambless played significant minutes for their new team Monday night, and they shared the same thoughts about playing for the opposing team on the Waycross Campus.

“It was weird to come back, but it was also fun,” said Chambless. “It was good to have the chance to play here again.”

Baldwin also talked about the experience of coaching against some of his former players.

“It’s always neat to be able to do that,” he said. “They both played well, and McKinley hit some big shots for them.”

The Hawks will conclude their preseason schedule Thursday night at home against Action Sports Academy. Tip for the game is set for 7 p.m.

SGSC’s regular season opener is set for Thursday, Nov. 2 against Skill Factory Academy. The game will tip at 7 p.m. and will be played on SGSC’s Douglas Campus. The Waycross Campus home opener will be Saturday, Nov. 11 against USC-Salkehatchie.

General admission to all preseason and regular season home games is five dollars with children five and under admitted free. 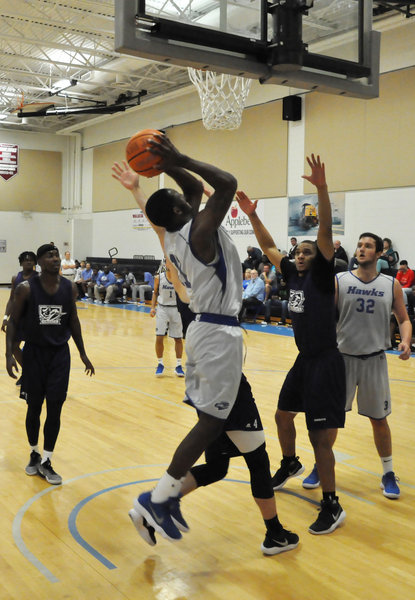