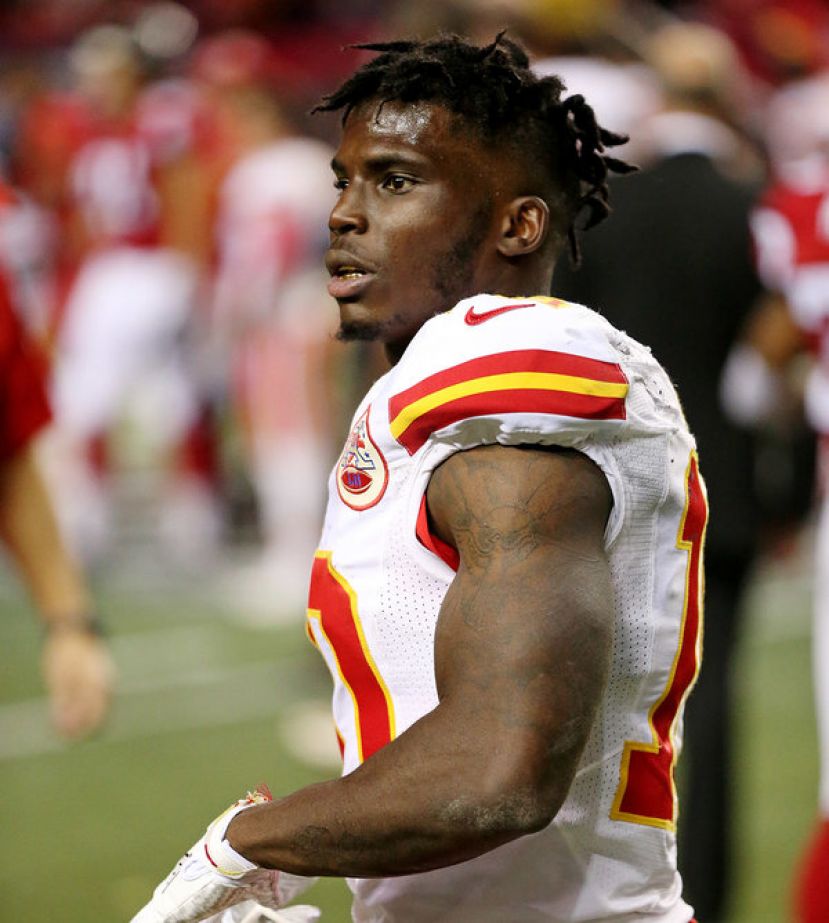 Kansas City Chiefs’ rookie sensation and former Coffee Trojan Tyreek Hill has been named one of the 100 best players in the NFL. It’s an annual list compiled through interviews with current players in the league and it’s not without controversy. However, to be included on the list, no matter where a player ends up, is an honor in itself.

Hill, a returner/running back/receiver, landed at #36, sandwiched between the Texans’ J.J. Watt (#35) and the Broncos’ Aqib Talib (#37). In the video clip that accompanied Hill’s selection, he opens by challenging the top-ranked player on the list, Patriots quarterback Tom Brady. “I belong at #1, over Tom Brady. Tom Brady, I’m calling you out. I’m #1,” he says, smiling. But you can’t help but think, somewhere deep down inside, Hill believes he is the best player in the league.

At the very least, he’s the best return man and the NFL’s fastest player. Hill finished his rookie season with 61 receptions for 593 yards and six touchdowns. He rushed for 267 yards and three touchdowns while adding one kick return touchdown and two scores on punt returns. His longest returns were 86 yards (kick) and 95 yards (punt). Hill also had several return touchdowns called back on illegal block penalties. Hill was also selected to play in the Pro Bowl.

The list can be seen in its entirety at www.nfl.com.