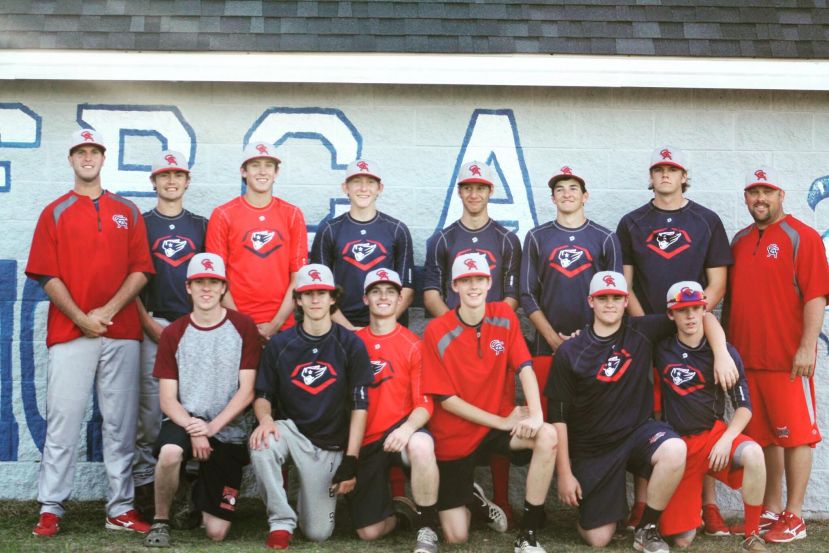 Coach Jeremy Coram and the Citizens Christian Academy Patriots baseball team have clinched the Region 2AA championship. The Patriots are 7-0 in region play. All the other teams in their region have three or more losses. CCA will finish with region play on April 24 when they play the Twiggs Academy Trojans here in Douglas at the CCA campus. The other teams in Region 2AA are Twiggs Academy, First Presbyterian Christian Academy, Robert Toombs Christian Academy, and Memorial Day School in Savannah. This is the Patriots’ first region title since 2010, and they were ranked next to last in the region just last season.

Coach Coram is 26 years old and this is his first year at CCA. He spent the previous three years at Vidalia Heritage Academy where he started their baseball program. Before that he played for Valdosta State University, Chipola College, and Brewton-Parker College. He and Assistant Coach Billy Waldron began this season feeling that the expectations for their success were a bit low. CCA has long been more focused on its basketball program. Nonetheless, from the very beginning, they felt like this season was going to be important.

They knew that they had a quintet of powerful pitchers in Cole Giddens, Caden Skipper, Dalton Wilkes, Tyler Ellis, and Ty Darwin. This pitching depth took on added significance in light of a new pitching rule which requires pitchers to take more time off per number of pitches. Together Coach Coram and Assistant Coach Waldron developed a motto: “All it takes is all you’ve got.” They told their guys that they had enough talent. They just had to give it their all. That belief and that motto have helped bring them to a region title.

The Patriots will play their final region game against Twiggs Academy at CCA on April 24 at 4:00 pm. Their final regular season home game is against Georgia Christian and is scheduled for April 27 at 4:30 pm.