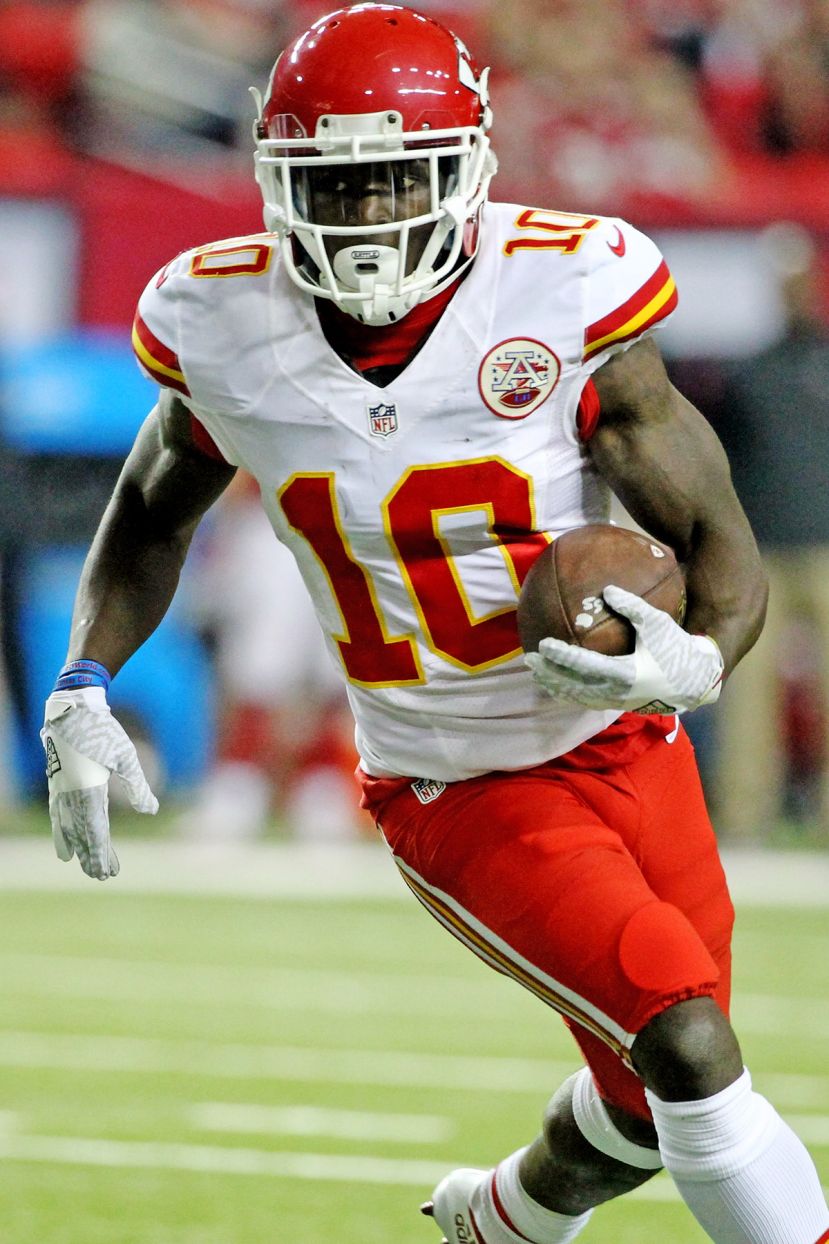 Tom Johnson/Special to DouglasNow.com Tyreek Hill had five catches for 53 yards and two rushes for 19 yards against the Atlanta Falcons yesterday. The Chiefs won 29-28 after Eric Berry intercepted a Matt Ryan pass during a two-point conversion and returned it for two points of his own.

Tyreek Hill returned to Georgia for the first time as a pro and helped his Kansas City Chiefs beat the Atlanta Falcons by one point Sunday afternoon.

Hill had five receptions for 53 yards. He also carried the ball twice for 19 yards and had one punt return for a one-yard loss in the 29-28 victory. It was another Georgia native, however, who proved to be the difference maker for the Chiefs.

Defensive back Eric Berry, who attended Creekside High School where he played quarterback and defensive back, had a pair of interceptions for the Chiefs. He returned one for a touchdown while the other came on a two-point conversion with around five minutes left in the game after Atlanta had taken a 28-27 lead. Berry grabbed the Matt Ryan pass and returned it nearly the length of the field for two points. It ended up being the difference in the game. Berry is in his second year back with the Chiefs after recovering from Hodgkins lymphoma.

The Chiefs improve to 9-3 on the season while the Falcons drop to 7-5 and stand on the cusp of another spectacular late-season collapse.