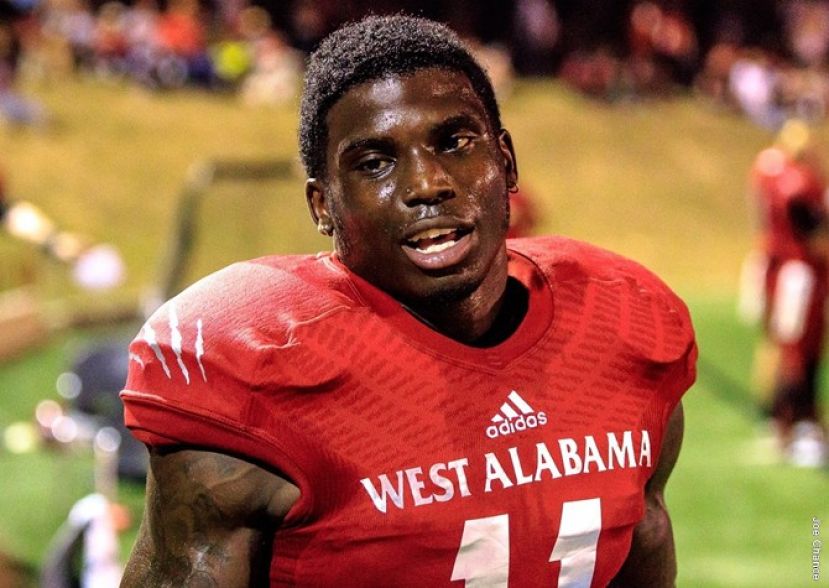 Photo courtesy of the University of West Alabama Tyreek Hill

This weekend, Tyreek Hill joined a very short list of former Coffee High football players. When the Kansas City Chiefs selected Hill in the fifth round (165th overall) of this year’s NFL Draft, he became just the fourth former Trojan to be drafted. The others are Joel Parrish (1977), Willis Crockett (1989), and Garrett Scott (2014). Of those, only Crockett played in a regular season NFL game, though Parrish did play two seasons in the Canadian Football League. Two other Trojans, Adrian Grady (2009, Indianapolis Colts) and Demario Bennett (2014, New York Jets) signed free agent contracts with their respective teams after the draft.

Though a talented football player in high school, Hill made a name for himself as a track athlete. He recorded some of the fastest 100 and 200 meter times ever by a high school athlete, and was named Track and Field News’s High School Athlete of the Year in 2012. USA Today included Hill on its All-American list in 2012. He has a 100 meter personal best of 9.98 seconds and he’s posted a 4.25 40-yard dash.

After high school, Hill attended Garden City Community College in Garden City, Kansas. From there, he enrolled at Oklahoma State University, where he played football for the 2014 season. Hill had a breakout year with the Cowboys, where he totaled 1,811 total yards and three touchdowns. His biggest play of the season came against in-state rival Oklahoma when he returned a punt 92 yards in the closing seconds to tie the game. Oklahoma State would eventually win in overtime and become bowl eligible. Hill was named the Big 12 Offensive Newcomer of the Year. However, Hill’s career at Oklahoma State would be cut short after he ran afoul of the law after the season. Hill was dismissed from both the football and track teams and did not get the chance to play in the Ticket City Bowl on Jan. 2, 2015.

Hill resurrected his career in 2015 with the West Alabama Tigers, where he tallied 1,403 all-purpose yards and was named All-Gulf South Conference and All-Super Region 2. He returned 20 kickoffs for 465 yards and two touchdowns, and 20 punts for 257 yards and two more touchdowns. He also spent time at slot receiver and running back, where he found the end zone a combined four more times.

"I am very proud for Tyreek. It is a great accomplishment for him and for the UWA football program," Tigers’ head coach Brett Gillialnd said in a story posted on West Alabama’s Web site. "He has put in a lot of hard work to get to this point.