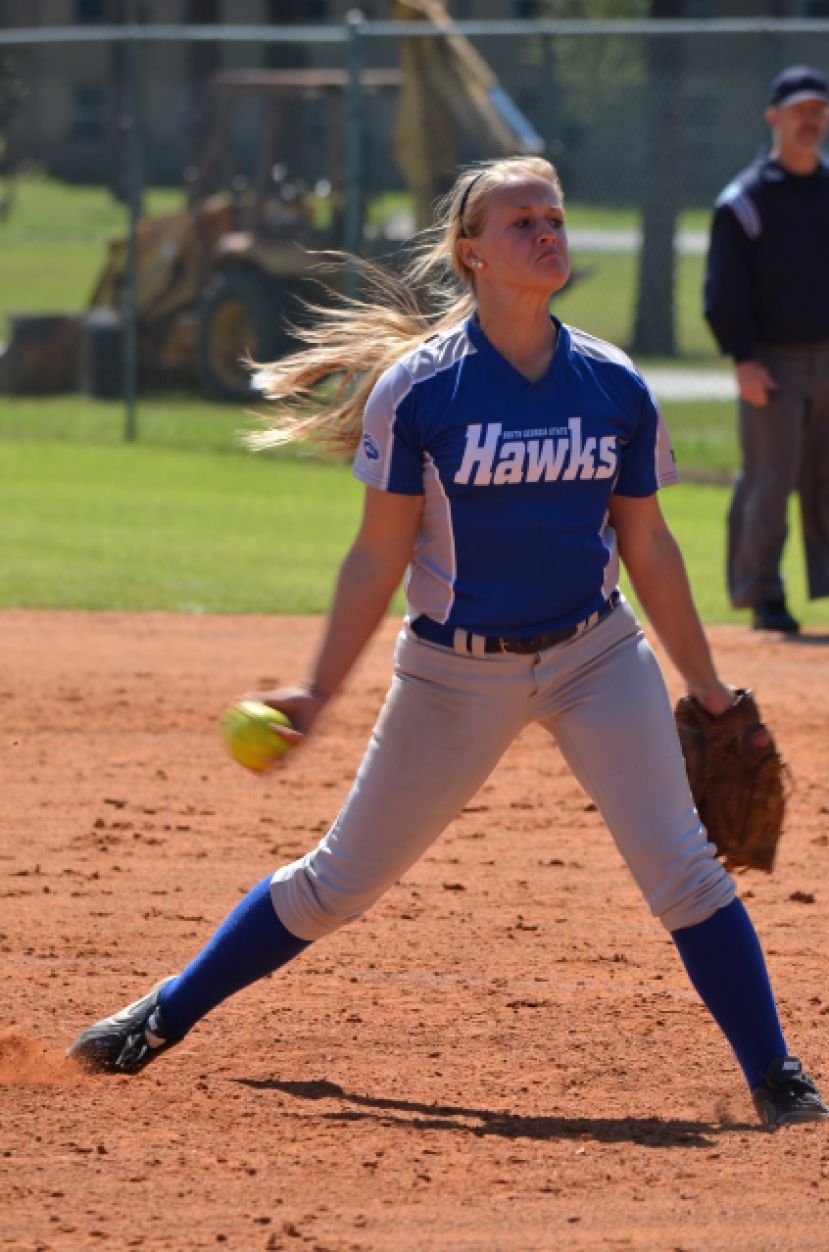 Thursday’s game one against East Georgia was neck-and-neck. East Georgia scored in the second and third innings, and the Lady Hawks responded with runs in the fourth and seventh earned by Haley Heath, Macey Chancey, Whitney Oliver, and Madison Smith. The game was tied after the seventh inning, and in the extra inning, East Georgia managed to earn one more run and take the lead. The Lady Hawks lost 5-4.

Thursday’s game two had both teams playing against the weather as it started to rain early on. The cool, soggy weather allowed the Lady Hawks to score once in the first inning, then watch East Georgia score 14 runs over the course of the game. SGSC went into the final inning thirteen runs behind East Georgia, but they decided to go out with a bang. The Lady Hawks scored five runs in the final inning, closing the deficit and bringing the final score to 14-6 in East Georgia’s favor.

Saturday’s doubleheader against Gordon State College gave the Lady Hawks a chance to rally and prove their skills on the home field. Game one was a close call, with both teams passing the lead back and forth throughout the game. In the fifth inning, SGSC’s Shelby Lacey hit a two-run single, bringing home Summer Lee and Madison Smith to take the lead for good. The Lady Hawks won 7-6.

In Saturday’s game two against Gordon, the Lady Hawks took the lead with four runs in the first inning and never looked back. Kimberly Gentry was on the mound for four innings and allowed no earned runs and walked one. Whitney Oliver took over the mound to finish the game, allowing only two runs, bringing the final score to Gordon 2 and SGSC 8.