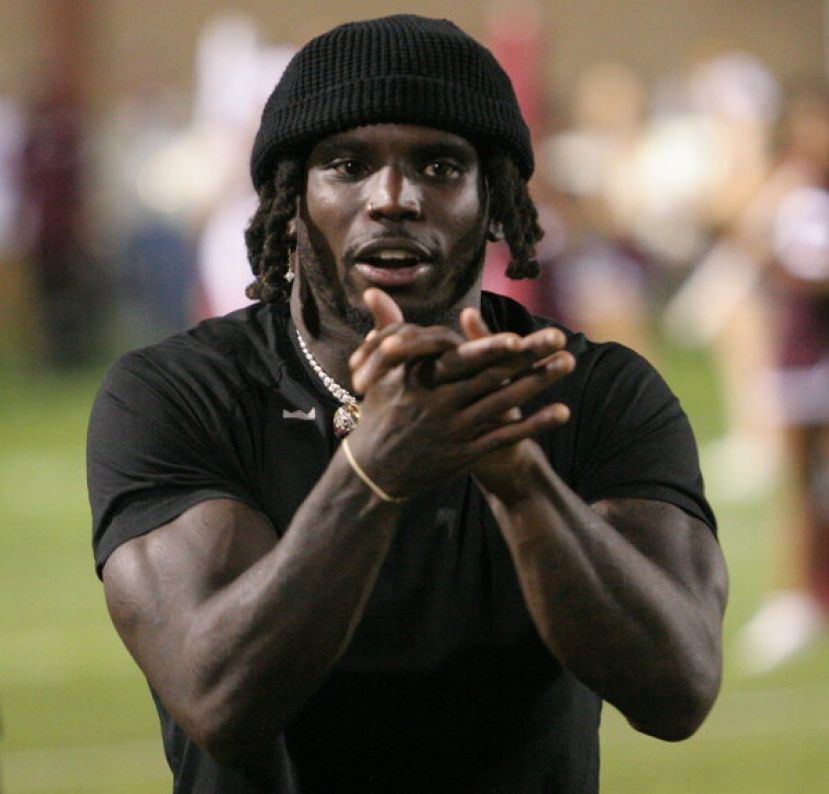 Friday night, the Ware County Gators came to town to face the Coffee Trojans in a clash for the Region 1-5A title. A record-setting crowd packed Jardine Stadium for the biggest game of the year. Among the visitors was Coffee High’s most famous alumni, Miami Dolphins wide receiver Tyreek Hill.

If it wasn’t the first time Hill has been back on the sidelines at Coffee High since graduating, it was the first time in many, many years. He spoke to the players in the locker room then walked out on the field for the coin toss. Afterwards, he stayed around and visited with fans, signed autographs, and took pictures during the game.

Then he jumped on his chartered jet at the Douglas Municipal Airport and flew to Chicago where he joined the Dolphins for their Sunday game against the Bears.

And it was there that Hill put his name in the record books.

Sunday in Chicago, Hill caught seven passes for 143 yards and a touchdown — his first touchdown since the Dolphins’ Week 2 win over the Baltimore Ravens. Hill caught two touchdown passes in that game; he now has three on the season.

Despite the lack of touchdowns, Hill is very pleased with how his first season in Miami is going. Speaking to the Miami Herald after the Chicago game Sunday, Hill said, “I’m like a kid in a candy store. I’m just having fun.”

The Dolphins are 6-3 and tied with the New York Jets in second place in the wide open AFC East and are squarely in the playoff hunt (and a possible first-place division finish) over halfway through the season.