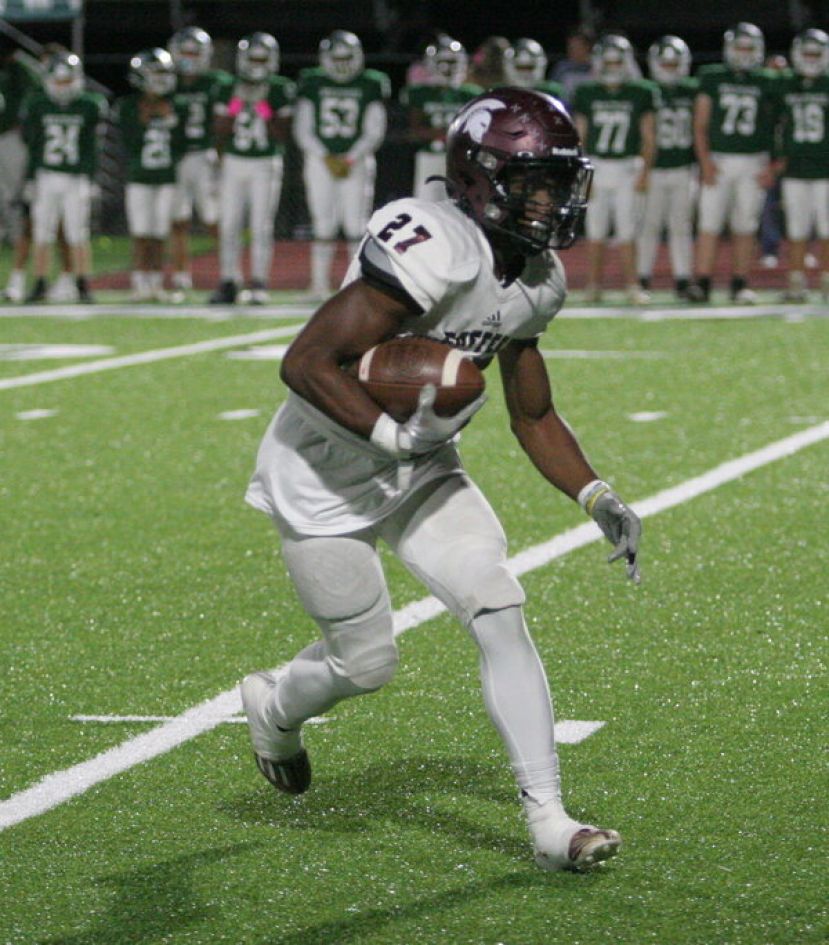 Since week one of the 2022 football season, it has seemed as though the Coffee Trojans and Ware County Gators were on a collision course for the region championship. After the Trojans’ 48-0 win over the Greenbrier Wolfpack in Evans and the Gators’ 59-7 throttling of Statesboro on the road Friday night, the stage is set: The two titans of Region 1-5A will slug it out next Friday at Jardine Stadium with the title on the line.

Both teams are at the pointy end of 5A statewide. And both teams have walked through the region with little trouble. Combined, Coffee and Ware have beaten their region opponents 360-44 (167-23 for the Trojans, 193-21 for the Gators).

The biggest challenge for each team was to get out of week nine unscathed. And therein lies a problem.

The Trojans saw at least four different players go down with injuries thanks to Greenbrier’s turf field. All four suffered sprained ankles and left the game. The most significant of the walking wounded was quarterback Maurice Hansley, who left the game after the second drive of the first quarter. For the rest of the first half, the Coffee offense ran direct snap plays to running backs Tyrese Woodgett and Antwain McDuffie. In the second half, sophomore Bray Coe handled the duties under center.

The other players with ice packs on their ankles were lineman Tico Smith, linebacker Cupris Morgan, and defensive back Anthony Paulk. Of the four, Paulk did return late in the game on special teams.

“With these injuries, we’ll just have to see where they’re at. We’ll get them in tomorrow for therapy, get them healed up and ready to go. There won’t be any excuses. We’ll have to go with who we’ve got. It’s for the region championship. It’s what we’ve worked for and we’ll give it all we’ve got,” said head coach Mike Coe following the game.

The injuries plus the large margin of victory gave several young players an opportunity get significant playing time, something that gave Coach Coe some confidence. “The way we practice, we rep our #2s a lot. It’s a lot of sophomores and a lot of them have played a lot of football all year long. I told them at practice the other day that you’re really not sophomores anymore. You’ve played enough. You saw Isaiah Johnson play the whole game. Smitty [Mykevius Smith] made some big plays and had an interception and some tackles for losses. Football is football and you work your tail off. That’s why you practice your #2s. You hope it conveys to them that they’re one injury away from being a starter. Again, we’ll see where the injuries are at. It’s not going to be an excuse. We’re going to put 11 out there and prepare hard,” said Coach Coe.

In the second half, defensive back Larry Daniels intercepted a Greenbrier pass and returned it for a touchdown. (Two other Trojans, Mykevius Smith and Tyriq Edwards, also had interceptions.) Sophomore running back Tyrese Hansley rounded out the scoring with his first two varsity touchdowns of the year — one for two yards and another for 60.

The Trojans are 8-1 on the season and 4-0 in region play. The big showdown with Ware takes place next Friday at Jardine Stadium. Kickoff is scheduled for 7:30.