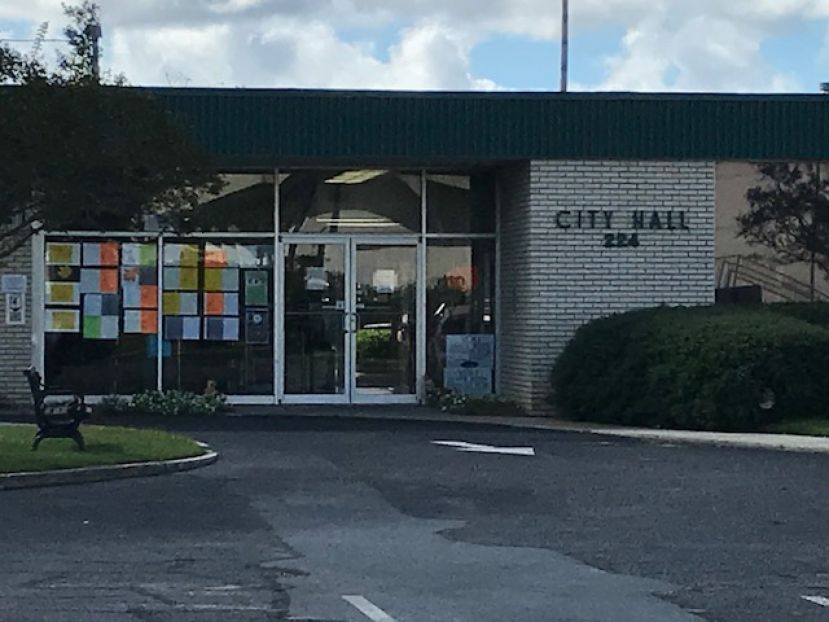 Robert Preston Jr./DouglasNow.com Renovations to City Hall, pictured above, are part of the $13.6 million in capital projects the city will begin soon. The city plans to use a construction manager at risk method of completing these projects, which all but guarantees a higher price tag and longer completion time while eliminating local contractors from being able to perform any of the work.

Monday night, the Douglas City Commission discussed a procurement process that is not in the best interests of Douglas and Coffee County. Between now and 2019, the city plans to complete seven different construction projects that total more than $13.6 million. Those projects include a new utilities building, public works building, purchasing building, city hall additions and remodeling, a recreation complex, pool improvements, and Miracle Field. Included in the project list is paving for the public works, purchasing, and public utilities construction.

These projects are needed and will improve the quality of life for the citizens of this community. While the projects themselves will be beneficial, the manner in which the city would like to complete these projects won’t. The city has sent out a Request for Proposal (RFP) seeking a Construction Manager At-Risk (CMAR) to oversee the work. This not how our local municipalities typically handle construction projects of this size and scope.

In short, this method will waste taxpayer money, with no guarantee of timely completion, allows for contingency money for change orders, and exclude local qualified general and sub-contractors from even the opportunity of doing the work on these projects.

Almost without fail, we have used a Design, Bid, Build, Delivery method, commonly referred to as a hard bid method. This is what most people are familiar with. Under a hard bid system, the owner of the project (in this case, the city) releases the specifications for the project and all qualified contractors submit sealed bids. On the appointed day, the project owner opens the bids. The low bidder usually gets the project. (I say usually because in some cases, if a local contractor isn’t the low bidder but is within an acceptable percentage of the low bidder, the governing body will award the project to the local contractor.)

The hard bid system is competitive and fair to all involved. The hard bid system specifies the time frame that the project shall be completed and the contractor is contractually obligated to finish the project within that time frame. Also, the contractor will paid no more to build the project than the amount in which they competitively submitted. In short, it’s the best use of taxpayer dollars when it comes to completing public building projects.

The CMAR method, however, is the exact opposite – especially the way the city has written the guidelines for these projects. There are times when a CMAR system is beneficial. Those instances are few and far between, and involve specialty major projects that cost many millions more than these seven. In fact, the city wrote this project list in such a way to make the total cost appear to more than it actually is. These are seven projects that will be completed over a two-year period. While $13.6 million certainly is a lot of money, it isn’t significant enough to warrant a CMAR system when it’s spread out among seven projects over two years.

There are also problems with how the city has worded its RFP. In actuality, it’s not an RFP; it’s more of an RFQ (Request for Qualifications). If you read through the entire 26-page bid packet, you might be surprised by what’s NOT included. While the hard bid system hinges almost entirely upon the cost of the project (after all, the low bid typically gets the job), the total cost of the project is largely inconsequential. In fact, the CMAR contractor will be chosen without any mention of the fee they will charge to manage the projects.  When the city purchases police cars, the city doesn’t choose a dealership first then ask what the cost of the cars will be. Yet that’s essentially what the city is doing here. With a hard bid system, the city will know everyone’s cost up front. That’s not the case under a CMAR.

On page nine of the city’s bid packet, there are eight criteria listed for how the city will name the construction manager. The city has assigned point totals to each of the criteria. The points, when added, amount to 105 points. Nowhere in these criteria is any mention of cost. The highest point total (20) is listed under criteria two – Experience with Construction Management At Risk project delivery. The lowest point total (five) is found under criteria seven – Capability to Use Local Contractors.

These two factors are critical in local capital projects. One of the primary objectives when awarding these kinds of projects is ensuring that local contractors get these jobs. However, the two aforementioned criteria all but shut out any of our local contractors from getting the work. First of all, our local contractors have very limited experience with CMAR projects. It’s not necessarily that they can’t do the work; it’s that the CMAR method is seldom used in our area. Likewise, the RFP puts the least amount of emphasis on the ability to use local sub-contractors. That in and of itself shows a lack of foresight and, to be quite honest, a lack of concern by the city for the economic well-being of this community. Should a local contractor get the work for these projects, 80 percent or more of the subcontractors they would use would be local. Those are people who live here, work here, pay taxes here, and support this community in many other ways.

If the city does ultimately use a CMAR method of completing the projects on this list, Douglas and Coffee County will suffer. The city commission will effectively be snatching money from the hands of the taxpayers and voters of this community. Under a hard bid system, everything is based on the lowest, most competitive bid. With the CMAR system, there is zero incentive to deliver a project on time and under cost because the CMAR is setting both the time and final cost of the project. At the same time, the CMAR method will exclude licensed and qualified local general contractors and sub-contractors.

This is a bad idea all the way around and our city government needs to re-think the process it will utilize to award these projects. And the citizens of this community need to encourage them to do so before it’s too late.

More in this category: « The officials didn't cost us the game Friday night and here's why City responds to last week's guest editorial, offers explanation of project delivery method under consideration »
Login to post comments