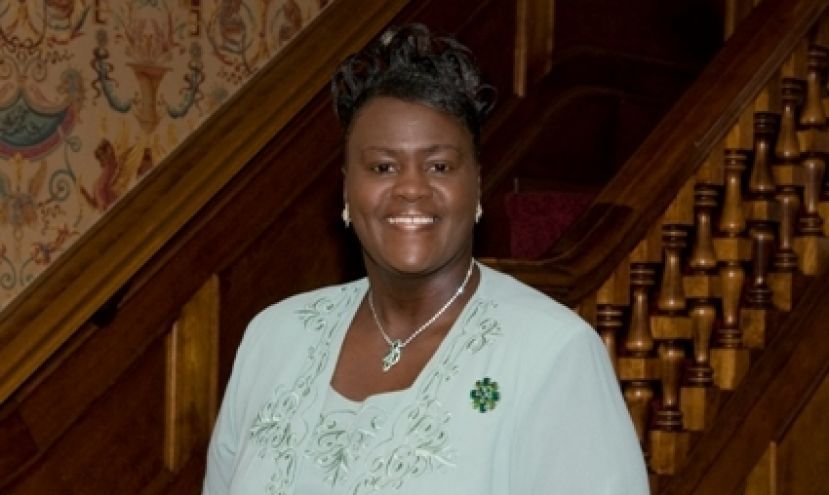 I am a process person. I believe the process that a person or organization utilizes to reach a particular outcome matters. And there is no process in our country more sacred than the one by which we choose our leaders. That is why I take the allegations against city commissioner Olivia Pearson, Evelyn Griffin, Charlie Mack Wooten, and James Hicks so seriously.

What I will discuss will focus mainly on Commissioner Pearson. She is a public servant and should be held to a higher standard than the average citizen. While the allegations against Wooten, Griffin, and Hicks are also quite serious, I am more content to let the justice system run its course regarding their cases. With Pearson, I feel something extra is warranted.

First of all, let us clear the air about something. Commissioner Pearson has historically taken positions that many white citizens do not like. An African-American, she is very pro-minority and hides neither her opinions nor her expectations. At times, many white citizens view her positions as militant and biased. As a result, much of what she attempts to accomplish gets lost in a racial quagmire, something that is unfair to both sides.

My take on this particular issue is not influenced by race. To me, this is a color blind matter. Rules and regulations that preserve the integrity of the electoral process have been put in place, and Pearson stands accused of breaking more than one of those laws. To make this issue more or less than it is because of race is to distract the discussion and shift the focus in a direction that makes a resolution nearly impossible.

I am not satisfied with the city government’s response to the allegations against Commissioner Pearson. She has been indicted by the Grand Jury on four counts of voter fraud. All four are felonies.

Pearson isn’t the only public servant who has run afoul of the law and the public’s trust lately. If you frequent this site, you are very familiar with one such instance. The other you probably aren’t. First of all, city police officer Tony Ward has been charged with illegal dumping in regard to an incident in which he allegedly dumped trash in and around the dumpster at the Salvation Army – a misdemeanor.

Likewise, District 3 school board member Judi Worrell, who last week lost her bid for re-election to Reagan Miller, violated the public trust over the course of the last four years. It is customary for The Douglas Enterprise to ask all candidates seeking office a series of questions during the election cycle. Two questions that all candidates get are: 1) Have you ever been arrested?; and 2) Have you ever been convicted of a crime?

In 2012, Worrell answered “no” to both questions. However, at least one of those answers was not true. In August of 1994, Worrell was arrested and charged with DUI. She pled nolo contendre and paid a $385 fine and received a year probation and 40 hours community service. Whether or not she was actually convicted is complicated by the nolo plea; nonetheless, she was arrested and sentenced for the crime. This year, when asked the same set of questions, Worrell chose not to answer any of them. She was caught between a rock and a hard place – either lie to the public again and run the risk of being called out on it or admit that she had been arrested in the past. Instead, she simply refused to answer the questions.

I am not happy with either Officer Ward or Judi Worrell. Both showed a disregard for the public trust and should have known better. But their transgressions aren’t felonies and they don’t involve taking a legal oath. The Grand Jury indicted Pearson for improperly assisting two individuals in the voting process who did not need assistance then swearing that both were in fact unable to vote on their own. It is perfectly within the law to assist individuals who would like to vote – as long as they need assistance. They must be illiterate or physically unable to cast a ballot.

According to the Grand Jury, in two cases, Pearson helped able-bodied individuals vote then swore that they were disabled in such a way as to prevent them from casting a ballot. Many may read this and say it’s not a big deal. It was only two votes, and two votes usually won’t swing an election, right?

I say that doesn’t matter. The process by which Americans choose those who govern is as unique as it is sacred. No other country chooses its leaders the way that we do. Our election process is a cornerstone of our nation. Not only is Commissioner Pearson, herself an elected official, accused of breaking those laws but she also stands accused of taking a false legal oath.

These are very serious allegations and, if convicted, demonstrate a lack of respect for the law in general and the election process in particular. In addition to being a commissioner, Pearson also serves as mayor pro tem. That means that when Mayor Tony Paulk cannot represent the city in an official capacity, Pearson steps in and represents the city in his place.

Do we need an individual under multiple felony indictments representing our city and community in an official capacity? What does that say about our own respect for the law? Apparently, the higher ups in the city government aren’t concerned with the integrity of the electoral process. When another city employee, then-police officer Tameka Williams, was also accused of felony voter fraud, the city seemingly rewarded her with a new position in Code Enforcement at City Hall. Once again, the city has refused to take action regarding one of its own who stands accused of similar felonies.

At the very least, Pearson should remove herself from the commission until her case is resolved. The city manager and the rest of the commission should demand at least that. I am of the opinion that Pearson, like any elected official accused of crimes this serious, should resign and give her seat to someone in her ward who will represent that district lawfully and with integrity.

However, I doubt that will happen. And that demonstrates just how far our city has fallen.

More in this category: « Giving skaters the tennis courts at Eastide Parks is a solution -- but only a temporary one It's time to get honest & proactive about our community's drug epidemic »
Login to post comments