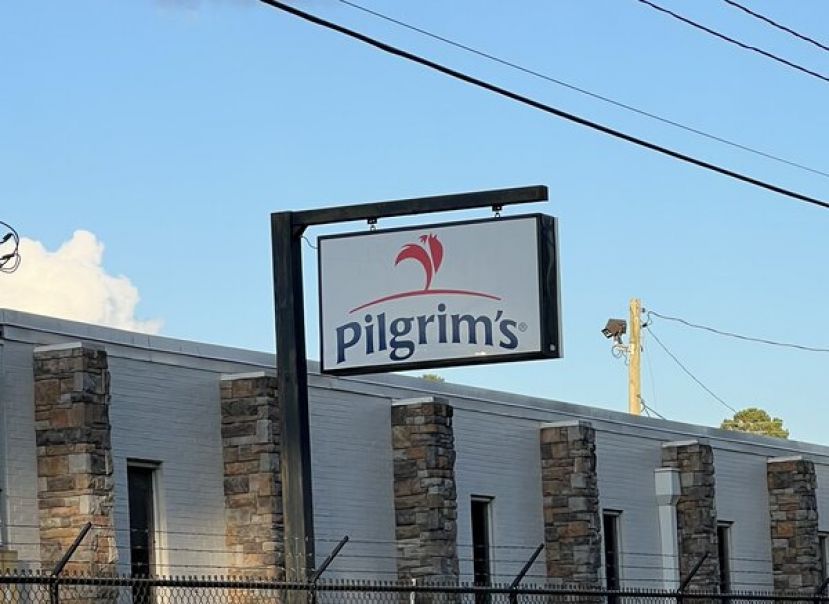 Last week, I went to Harvey’s on Ward Street. As I stepped out of my vehicle, a terrible odor hit me. Without thinking, I stopped in my tracks and uttered, “What is that?” Then I  realized where I was — Pilgrim’s Pride wasn’t far away and the wind was blowing from that direction.

I’ve lived in Douglas my entire life. There has always been some kind of chicken processing plant here so this is not a foreign odor to me. Some days it’s worse than others. Much of the time, there is no smell at all. But when there is, it gets your attention.

Typically, the farther west you travel from the Pilgrim’s plant on McNeil Drive, the less likely you are to detect any odor.

In the near future, however, that is likely to change — at least on some level.

In May, Pilgrim’s Pride announced that the company will construct a new facility in Douglas. A $75 million project, the new plant will manufacture pet food “by using chicken byproducts;” in the process, the project will create 53 permanent jobs in the plant as well as many others related to construction, maintenance, and trucking, to name a few.

Pilgrim’s has been a good partner to Douglas and Coffee County. We vividly remember what happened when Pilgrim’s shuttered its Douglas operations and left town. It was a devastating blow to our community. When the plant re-opened, it was one of the most significant moments in our economic history.

Pilgrim’s employs 800 people in Douglas, along with 90 growers in Coffee County. The company’s $27 million payroll is a significant addition to the local economy. The new facility will only add to that contribution.

But that doesn’t mean that everyone is happy. There are concerns and those concerns center around three points: 1) An element of secrecy that surrounded the project; by the time people found out about it, it was a done deal; 2) The location — it will be located just south of the railroad tracks on the west side of town, in close proximity to a large residential neighborhood; and 3) The potential smell.

And it’s point #3 that put the new facility on my mind when I was at Harvey’s. The first two points are related to the third. The concerns surrounding the perceived veil of secrecy and the proximity to homes and other nearby industries ultimately point to #3 — if the potential smell wasn’t an issue, it wouldn’t matter where the plant was located and who did (or didn’t) know about the facility before officials announced it.

During the discussion phase, Pilgrim’s Pride hosted city and county officials at a similar plant in Iowa. Corporate wanted to assuage the community leaders’ worries regarding any offending odors that might come from the new plant. According to the people who took the trip, the plant produced virtually no odor. They were comfortable enough with what they saw on the trip to proceed with plans to build a similar plant in Douglas.

Those who live and work nearby remain unconvinced. How can a plant that makes pet food from the leftovers of the chicken processing operations not smell terrible? My opinion remains the same today as it did when I first heard the news: It will likely smell worse than corporate says but not as bad as residents fear.

An unfortunate reality is that if things turn out for the worse, neighbors won’t have much recourse. I have spoken to people who live and work in the area. What if the plant lowers my property value? What, if anything, can we do? Those are the questions they ask. And the answer is not much.

When another local facility that runs 24 hours a day opened, people who live nearby protested — to the point of attempting legal action. Their efforts were to no avail. If the operations lowered property values, that was just the price of progress.

The same will be the case here.

Pilgrim’s will build the new plant. And with the facility, all of Pilgrim’s operations will be housed here in Douglas — from egg to farm to processing to rendering. It will create jobs and provide opportunities for people throughout the area. It will likewise create challenges that will have to be dealt with. Hopefully the positives will outweigh the negatives.

Now, though, it has.

More in this category: « 'Right to Repair' detrimental to farmers, small businesses It's time to allow deer hunting inside the city limits »
Login to post comments