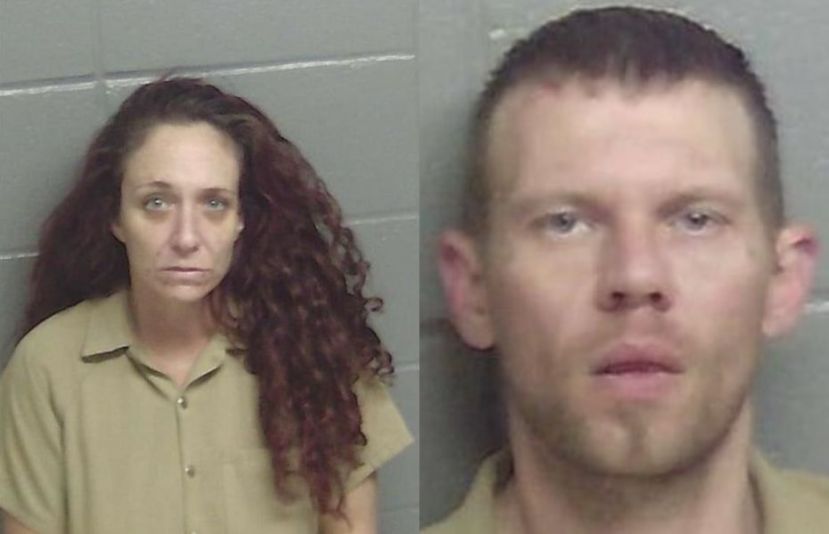 A stolen car alert out of Coffee County led to a pair of felony arrests in Bacon County on Friday, according to a press release posted on Facebook by the Bacon County Sheriff's Office.

Friday, an alert went out notifying area law enforcement that a Coffee County officials believed Cecil Dustin Hanna, 35, was driving a stolen vehicle. About an hour after the alert, Bacon County officers saw the car parked at 116 White Fur Trail. Officers approached the home and saw Hanna attempting to leave. When he saw the officers, he went back inside.

The owner of the home, Nicole Leigh Boatright, would not open the door, according to the press release. Officers forced their way inside and found Hanna hiding behind a couch. He was arrested on numerous outstanding felony warrants in addition to possession of stolen property.

Officers saw illegal narcotics in plain sight while inside the home and charged Boatright, 44, with possession of methamphetamine and possession of heroin.