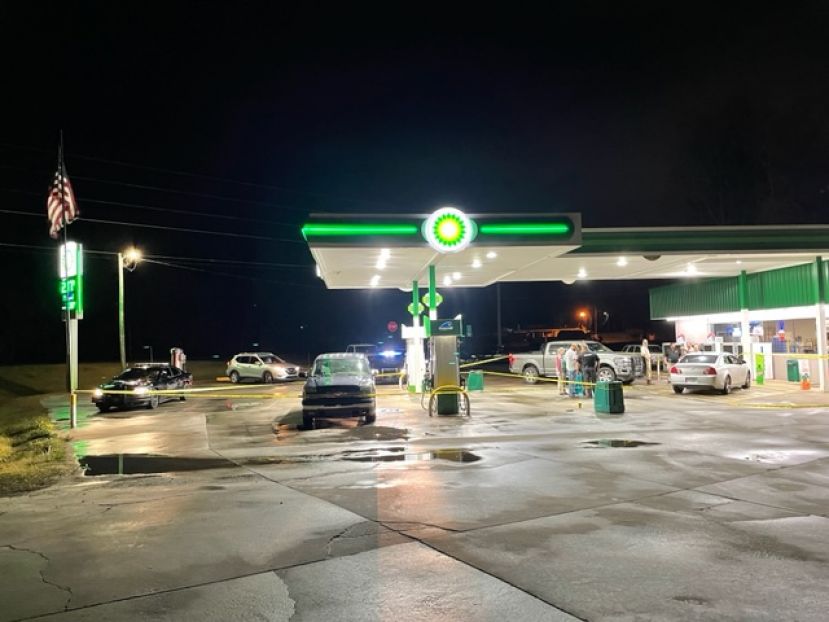 Robert Preston Jr./DouglasNow.com Officers from the Coffee County Sheriff's Office investigate an armed carjacking that took place at a store in Coffee County. The carjacking suspect is believed to have shot two people, one fatally, in Ocilla earlier in the evening.

An armed car jacking connected to a fatal shooting in Ocilla took place in Douglas Thursday night. No one in Coffee County was injured although the suspect did escape with the stolen car. He later killed himself near Nicholls with officers in pursuit.

According to officers, two people were shot – one fatally – in Ocilla by a male assailant. The alleged shooter fled to Coffee County, where he ditched his car then, at gun point, stole a car from the BP convenience store on Highway 158 West near Baymeadows. The owner of the car was not injured in the carjacking.

The suspect then fled in the stolen car through Douglas and into Nicholls. Officers pursued the suspect, who eventually abandoned the vehicle and ran. He then committed suicide in a wooded area. No further injuries were reported.