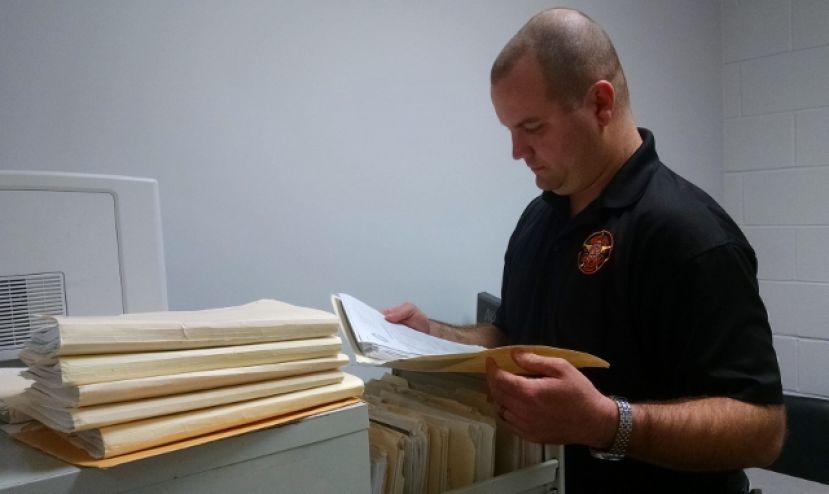 There are nearly 100 registered sex offenders actively carrying out their daily lives in Coffee County, and the local sheriff's office is tasked with the tedious job of keeping track of every one of them. The majority of the responsibility falls on one man, however, Detective Jason Whiddon, who heads the sex offender registration division.

"We have 92 active sex offenders in the county after adding two more yesterday," Whiddon said Wednesday during an interview at the law enforcement center.

Since 2003, Whiddon said, individuals convicted of sex crimes in Georgia are placed on a "leveled" system depending on their offense and potential to commit more crimes. Level I offenders are those with less serious offenses, while Level III offenders would be those considered as higher risk sexual predators.

"Thankfully, we only have one Level III offender in the county as of now," Whiddon stated. "

Whiddon was referring to 75-year-old William Robert Lewis of Douglas, who was convicted in 1994 of child molestation and incest.

Regardless of the severity of the offense, all persons convicted of a sex crime in Georgia are required to register with the local sheriff's office in the county they reside. They must provide personal information such as address and  employer. Unlike some states, those convicted of sex crimes in Georgia remain on the registry for life.

All offenders are required to re-register annually, 72 hours prior to their birthday, and any time a change of address or employer occur. Level III offenders must report to the sheriff's office twice a year.

Along with keeping track of sex offenders moving in and out of Coffee County and their specific whereabouts, Whiddon is also charged with making sure offenders are in compliance with other regulations required by the state.

"Unless the date of the offense was prior to June 4, 2003, pretty much all convicted sex offenders have residency restrictions," Whiddon says. "For the most part, convicted sex offenders cannot live within 1,000 feet of day care facilities, churches, schools, or any other area where minors might congregate such as playgrounds or parks."

Other state laws prohibit sex offenders from even loitering or being employed at similar facilities.

Of the 92 offenders registered in Coffee County, only two have absconded and Whiddon says authorities are actively searching for them.

The Coffee County Sheriff's Office maintains a current website database where citizens can see all sex offenders registered locally. It also provides a search option that provides addresses for each one.

* The following two convicted sex offenders, Brandon Lee Holton and Michael Tyrone Jordan, have absconded from law enforcement supervision and their whereabouts are unknown. Anyone with information that could lead to their capture and arrest is asked to contact the Coffee County Sheriff's Office at (912) 384-4227. 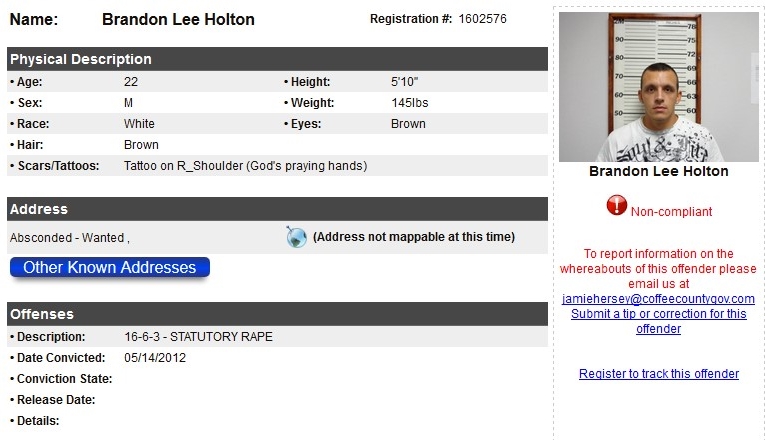 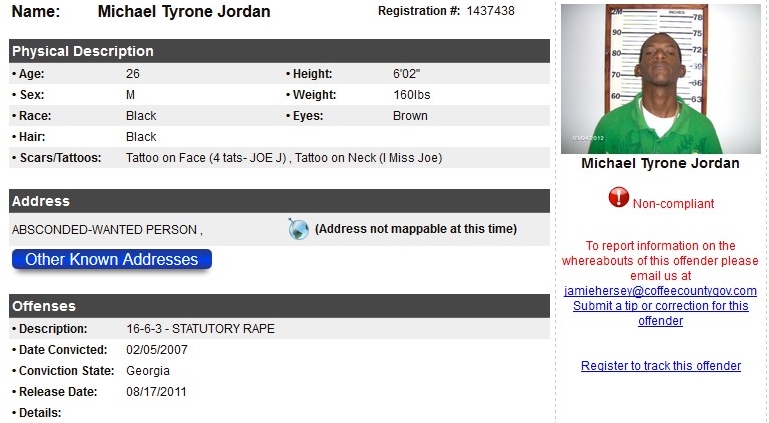