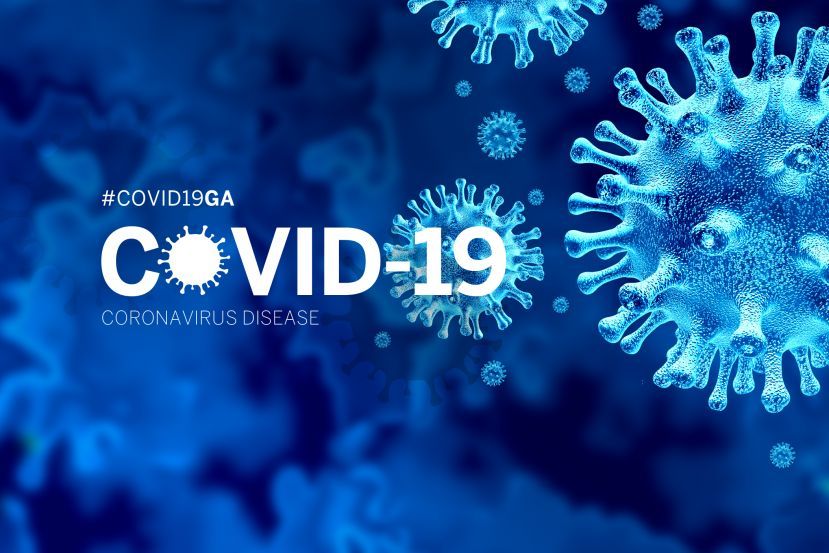 Two Florida residents who crashed their car while fleeing from a traffic stop have been sentenced to federal prison for colluding in a scheme to steal pandemic unemployment funds.

Malik Abdul McCaully, 43, of Tampa, Fla., and Tamesha Lashelle Brown, 41, of Dade City, Fla., were sentenced to 60 months in prison after pleading guilty to Informations charging each of them with conspiring to commit various offenses, including mail fraud, wire fraud, bank fraud, disaster relief fraud, and access device fraud, said David H. Estes, Acting U.S. Attorney for the Southern District of Georgia. U.S. District Court Judge William T. Moore Jr. also ordered each defendant to pay $137,195 in restitution to the state of Pennsylvania, and to serve three years of supervised release after completion of their prison terms.

“These two criminals used access to technology to scam money out of unemployment benefits programs created specifically to help people who were struggling during the pandemic,” said Acting U.S. Attorney Estes. “But all their high-tech scheming came to a crashing halt when they tried to outrun police officers on I-95.”

As described in court documents and proceedings, McCaully and Brown’s criminal history spanned decades. McCaully has 39 prior convictions, including convictions for cocaine trafficking, robbery, and aggravated assault with a firearm. Brown, meanwhile, has 17 prior convictions that included offenses for grand theft, delivering cocaine, and aggravated child abuse. From about July to October 2020, the two worked together to obtain victims’ personal identifying information, without those individuals’ knowledge or consent, and then used that information to file fraudulent applications for unemployment assistance, including with the State of Pennsylvania. The two posed as the applicants when communicating with banks distributing the payments. After fraudulently obtaining bank cards preloaded with more than $130,000 in unemployment insurance funds, Brown and McCaully traveled to various ATMs in Pennsylvania, withdrawing thousands of dollars.

The two came to the attention of law enforcement in the early morning hours of Oct. 3, 2020, when a vehicle driven by McCaully sped from an attempted traffic stop by Jasper County, S.C., sheriff’s deputies on Interstate 95.  McCaully eventually crashed the vehicle in Pooler, Georgia, and he – and his passenger, Brown – were taken into custody. Inside the vehicle, law enforcement recovered more than $20,000 in cash, dozens of prepaid debit cards issued by states’ unemployment insurance funds in the names of others, as well as several false identifications that the two had used.

“These sentences take two career criminals off the street for a substantial amount of time, effectively removing a threat against our law-abiding citizens,” said Chris Hacker, Special Agent in Charge of FBI Atlanta. “Had it not been for the awareness of our local and state law enforcement partners, and our federal partners, these two would have continued to target those in need of assistance and every American taxpayer.”

“Those who prey on systems created to help our fellow man are among the most dastardly people we have the duty to bring to justice,” said Steven Baisel, Special Agent in Charge of the Atlanta Field Office of the U.S. Secret Service. “They can’t outrun the long arm of the law.”

“Malik McCaully and Tamesha Brown engaged in a scheme to defraud the Pandemic Unemployment Assistance program by submitting fraudulent claims for benefits using PII belonging other individuals. Unemployment insurance programs exist to provide needed assistance to qualified individuals who are unemployed or underemployed due to no fault of their own. Fraud against these programs causes state workforce agencies, like the Pennsylvania Department of Labor, to redirect valuable resources to address fraud to ensure benefits go to individuals who are eligible to receive them. The U.S. Department of Labor Office of Inspector General will continue to work closely with the U.S. Attorney’s Office, the Pennsylvania Department of Labor and our many law enforcement partners to investigate those who exploit the unemployment insurance program,” said Rafiq Ahmad, Special Agent-in-Charge, Atlanta Region, U.S. Department of Labor, Office of Inspector General.

The FBI, U.S. Secret Service, and U.S. Department of Labor’s Office of Inspector General, with the assistance of the Pooler Police Department, Port Wentworth Police Department, and the Georgia State Patrol investigated the case. It was prosecuted for the United States by the U.S. Attorney’s Office for the Southern District of Georgia.

Please report COVID-19 fraud, hoarding or price-gouging to the National Center for Disaster Fraud’s National Hotline at (866) 720-5721, or go to justice.gov/disastercomplaintform.