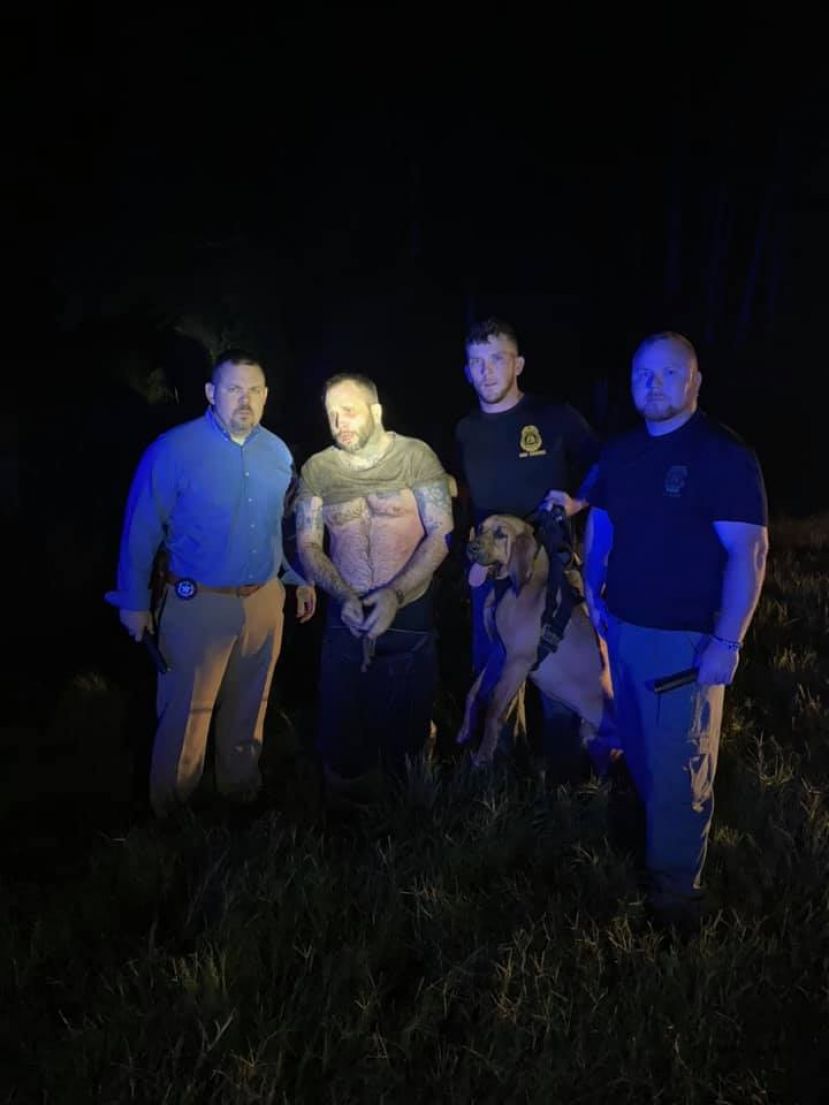 On Friday, May 21, Jeremy Smith, a Bacon County inmate, escaped during transport, according to a Facebook post on the Bacon County Sheriff’s Department’s page. Around 10 p.m., Smith kicked out a window of the transport vehicle and jumped from the moving vehicle. Though he was restrained, he ran into a wooded area in an attempt to escape.

Bacon County officers quickly set up a perimeter and contacted the Ware State Prison K9 team. Within an hour, Smith was back in custody. The restraints kept him from moving too far, giving the dogs plenty of time to do their work.

As officers brought Smith out of the woods, neighbors played “Bad Boys,” the theme song from the TV show “COPS.” That gave everyone – except for Smith – a good laugh.

He was take back to the Bacon County Jail, where he was charged with escape and destruction of government property.