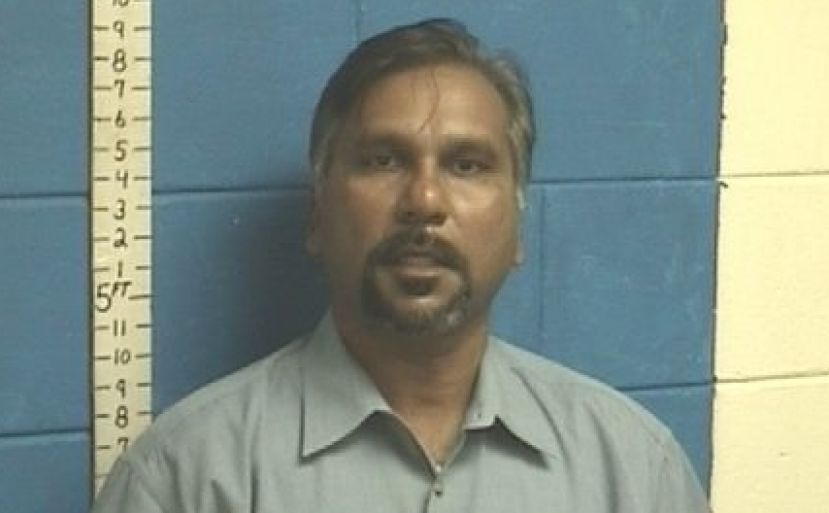 Sharma was convicted of one count of possession of a firearm by a convicted felon in 2013 on charges stemming from a 2007 incident. He was subsequently given two years on probation.

Sharma and his attorney, Mike Gowen, filed a motion requesting an early termination of his probation, citing his compliance and the fact he has already paid all fines and fees ordered as part of his original sentence.

Assistant District Attorney John Rumker, while conceding Sharma had been a model probationer, told Judge Dwayne Gillis he could not in good conscience go along with the defendant's request and felt Sharma should be made to complete his sentence.

Sharma's conviction comes from a 2007 incident in which authorities executed a search warrant and discovered numerous firearms at his business, local motel the Fountain Inn, after learning Sharma was a convicted felon in Texas.

In 1999 and 200, Sharma, formerly known as  Bhogeshwernand Sharma and a Hindu clergyman, was convicted for sexually assaulting two women under the pretext of performing a religious ritual.

The women told police Sharma raped them after claiming he could rid them of evil spirits with his "holy sperm."

Sharma was ultimately convicted of two counts of second-degree sexual assault under a Texas law specifically for clergy who exploit their role as a spiritual adviser to sexually assault victims.

Georgia law requires persons convicted of sex offenses in other states to register as sex offenders in Georgia when they relocate. Sharma petitioned for an exemption to this law, but was denied in Sept. 2007 by Judge Gillis who ordered him to register with local authorities immediately.

Sharma appealed the ruling, however, and in 2008 the Georgia Appeals Court reversed Gillis' decision.

The Court stated Sharma's convictions did not meet Georgia's definition of a dangerous sexual offender and, therefore, he did not have to register because the offenses he was convicted of in Texas weren't specified as crimes in Georgia. Unless the General Assembly changes the law, the court cannot reconsider the issue, they said.

While Sharma is not considered a sex offender in Georgia, he still remains on the Texas Sex Offender Registry. His profile can be viewed here.

More in this category: « Man accused of beating elderly mother will stay behind bars Convicted statutory rapist given probation »