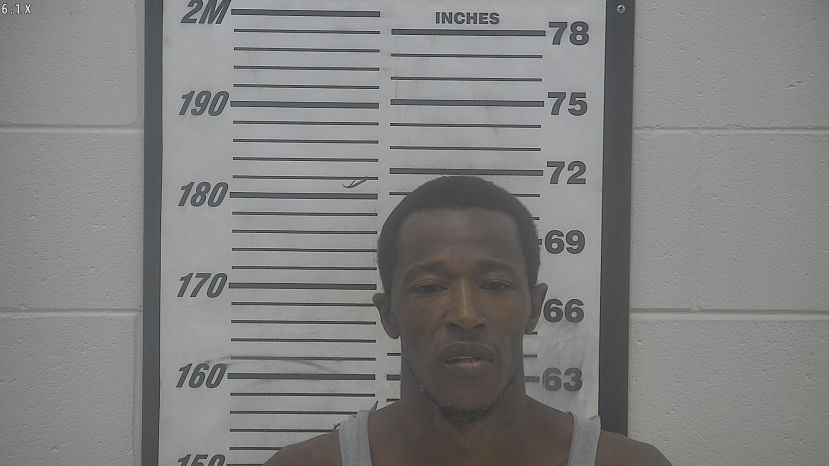 On November 10, 2020 deputies responded to two separate theft calls at convenient stores in the Oak Park area. Deputies reviewed surveillance footage at both stores and saw a male subject that they were able to identify as Christopher McCray helping himself to lottery tickets behind the counter while the store clerk was distracted.

On November 11, 2020 K-9 Deputies made a traffic stop in the Oak Park area. After the traffic stop was initiated a male subject exited the vehicle and fled on foot through a wooded area with a blue backpack. Deputies quickly apprehended the male subject, who was later identified as Christopher McCray.

Deputies located a blue backpack in the wooded area where McCray fled through. Deputies recognized the backpack as being like the backpack that the suspected offender had on when he exited the vehicle and when the lottery tickets were stolen.

McCray was taken into custody and transported to the Coffee County Jail for further processing.

In addition to Unlawful Influence of Prizes, Coercion, Fraud, Deception or Tampering with Equipment or Materials, McCray was charged with Theft by Shoplifting, Obstructing and Hindering of Law Enforcement, Giving False Name and Possession of a Drug Related Object.

McCray, who is a convicted felon, has a lengthy criminal history which includes convictions for Armed Robbery, Obstruction of Law Enforcement, Criminal Trespass, Theft By Taking, Terroristic Threats And Acts, Conspiracy To Commit A Felony and several pending Shoplifting charges.  McCray is currently incarcerated at the Coffee County Jail awaiting his first appearance bond hearing before the Magistrate Judge.