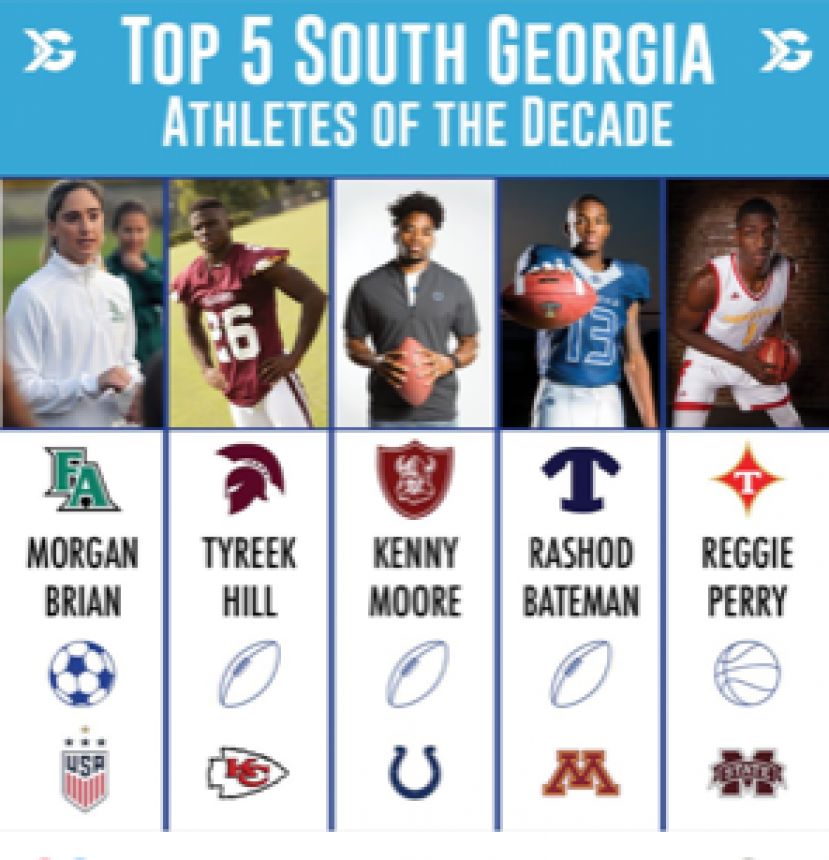 Photo courtesy of In the Game Magazine's Facebook page

Former Coffee Trojan Tyreek Hill has been named one of the Athletes of the Decade by In the Game Magazine.

Hill played football and ran track at Coffee High. Underutilized most of his football career, nobody really understood just how talented he was until his senior year in track. He won the 100 and 200 meters at the state track meet as a senior. Later, he missed the national high school 200 meter record by a hundredth of a second. His performances in track and field both as a high school student and in the summer following graduation earned him High School Athlete of the Year from Track and Field News (2012). USA Today also named him a track and field All American that same year.

Hill played football at Garden City Community College, Oklahoma State University, and the University of West Alabama. The Kansas City Chiefs selected Hill in the fifth round of the 2016 NFL Draft. Primarily a wide receiver with the Chiefs, Hill has played in 59 games and has 281 receptions for 4,115 yards and 32 touchdowns. He has been a Pro Bowl selection each of his four years in the league. If he stays healthy, Hill is well on his way to a Hall of Fame-worthy NFL career.

More in this category: « City fire chief arrested, charged with pointing a gun at another person Broxton PD officer fires at vehicle during chase, GBI investigating »
Login to post comments