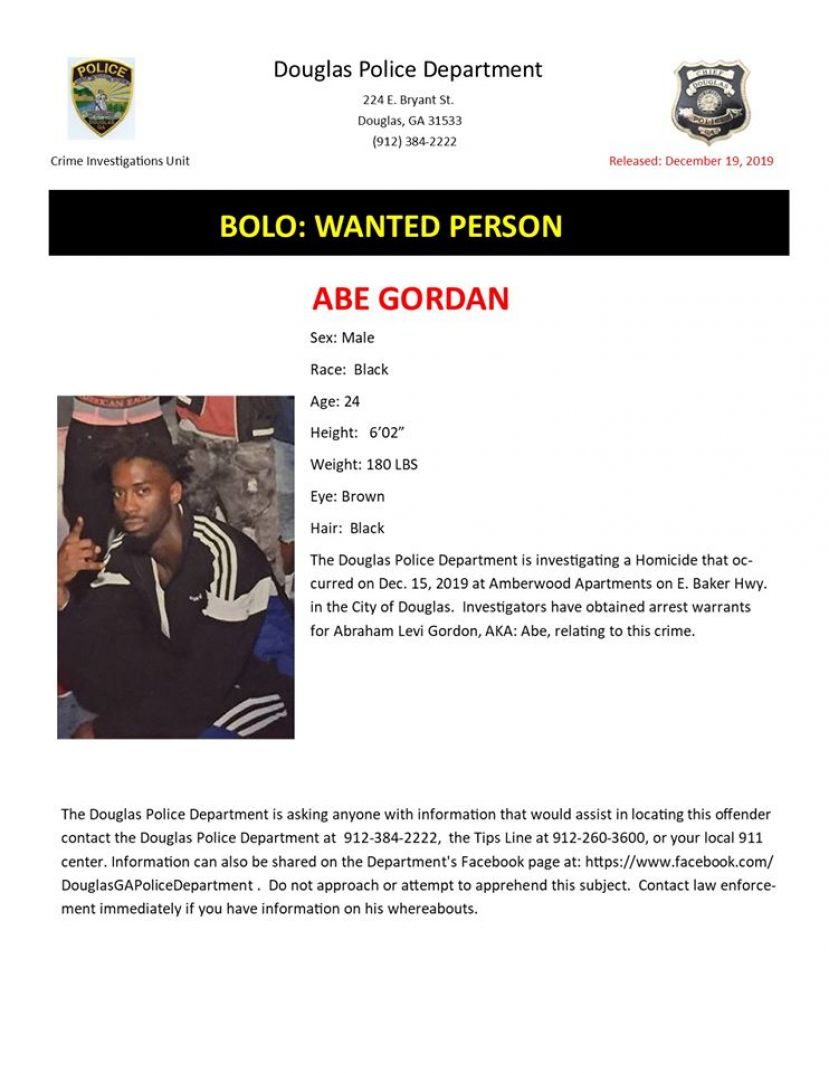 One individual is in jail and police are looking for another suspect in connection with Sunday afternoon’s fatal shooting at Amberwood Apartments in Douglas.

Onterio Laroy Wilson, 27, was shot multiple times but survived the shooting. He was transported to Coffee Regional Medical Center via private vehicle where he underwent surgery. After recovering from the procedure, he was transported to the Coffee County Jail. The Douglas Police Department has not released his exact charges. A press release from the DPD is expected later today.

Additionally, the DPD has arrest warrants for Abraham Levi Gordon, 24, of Douglas, in connection with the shooting. Gordan is described as a black male, 6’2”, 180 pounds, with brown eyes and black hair. He goes by Abe. Around noon on Thursday, officers received a tip that Gordan was in an apartment at Georgian Woods Apartments on McNeal Drive. Officers obtained a search warrant but Gordon wasn’t in the apartment.