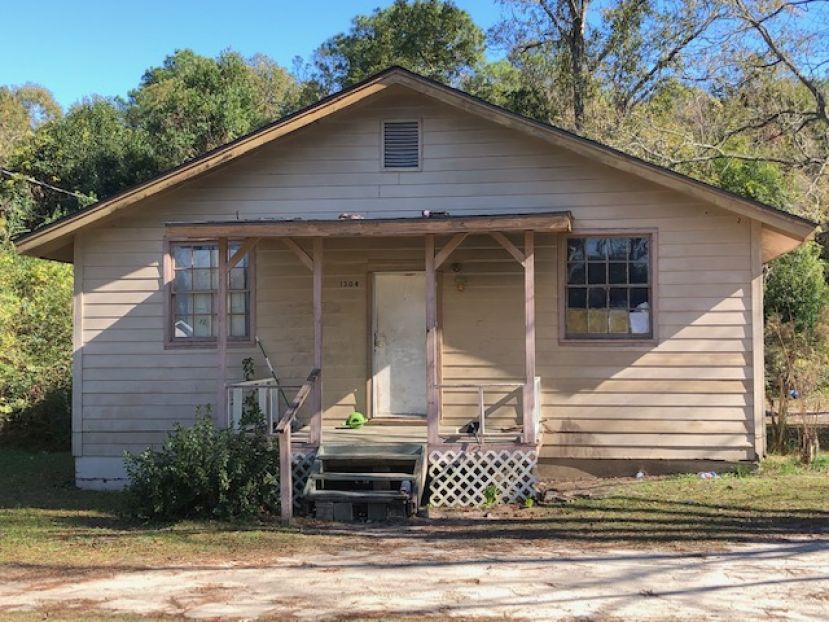 Little Bit might be in more than just a little bit of trouble after being implicated in a stabbing and beating incident Sunday afternoon on North Pearl Avenue.

According to a report obtained from the Douglas Police Department, a female subject identified only as Little Bit is a suspect in an altercation with a male named Devon Stone. Little Bit allegedly hit Stone in the head with an aluminum softball bat and stabbed him in the back.

The report states that a police officer responded to a call a 1305 North Pearl Avenue about 3:30 p.m. Sunday. The officer found Stone lying on the front porch of the home located at the above address. The officer noticed a large amount of blood underneath Stone and more blood on his forehead. Stone said he had been hit in the head with a bat and stabbed in the back. Stone added that the incident took place across the street at 1304 North Pearl.

According to Stone, a female called Little Bit accused of him of taking pills from her. He stated she hit him in the head with the baseball bat first. He attempted to run away and that’s when she stabbed him. He went across the road to 1305 North Pearl after being stabbed.

The officer found a Louisville Slugger softball bat in a nearby ditch. Little Bit, however, was nowhere to be found. Stone was transported to Coffee Regional Medical Center for treatment. Douglas police officers are still investigating the incident. Little Bit has not been arrested.

More in this category: « Deputies still looking for Emmanuel Rojo, who fled Tuesday on foot off Willacoochee Highway Police on lookout for one suspect, jail another for Sunday's fatal shooting »
Login to post comments