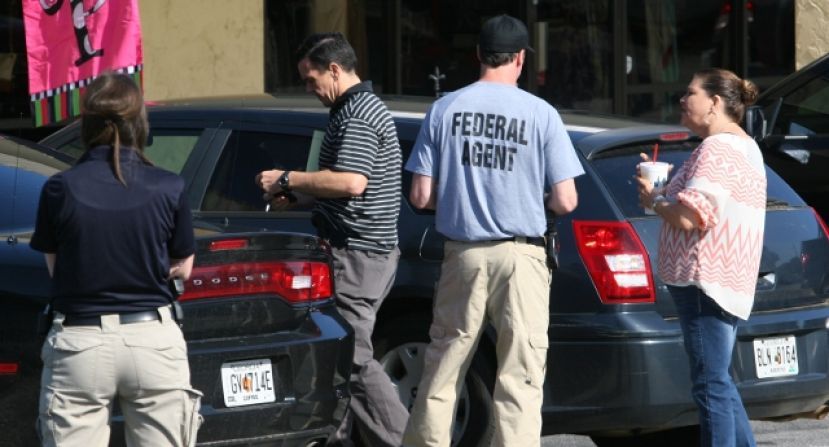 DouglasNow.com file photo Officers investigate the scene of a fraudulent debt collection scheme in Douglas in 2016. Several individuals have been sentenced as a result. This week, the scheme's main figure, Vincent Plumb, was sentenced as well.

A Florida man who set up and operated a fake debt collection business has been sentenced to federal prison for fraud.

Vincent Plumb, 56, of Sarasota, Fla., was sentenced to 48 months in prison by U.S. District Court Judge Lisa G. Wood after pleading guilty to one count of Conspiracy to Commit Wire Fraud, said Bobby L. Christine, U.S. Attorney for the Southern District of Georgia. In addition, Plumb and other previously sentenced defendants are ordered to forfeit assets as part of $130,523.13 in restitution to more than 200 victims who were defrauded in the scheme, and to serve three years of supervised release after completion of his incarceration. There is no parole in the federal system.

Individuals who worked at Crown Oaks Media reported the scheme to authorities, who initiated an investigation in January 2016. Plumb was indicted in 2018, and pled guilty in December 2018. Three co-conspirators, including Plumb’s son, Alex Plumb, previously were sentenced for their involvement in the scheme.

“Most junk telephone calls are merely annoying and inconvenient, but these scam calls cheated vulnerable people out of their hard-earned money to line the pockets of greedy crooks,” said Bobby L. Christine, U.S. Attorney for the Southern District of Georgia. “Vincent Plumb will find his telephone privileges are significantly limited from inside federal prison.”

“This case was initiated by the U.S. Secret Service when one good citizen saw behavior that they deemed reprehensible by their fellow coworkers,” said Glen M. Kessler, Resident Agent in Charge of the Savannah Resident Office of the U.S. Secret Service. “When defendants like Vincent Plumb choose to victimize the elderly and veterans of our country, more citizens should step up and alert law enforcement to assist in closing these fraudulent telemarketing operations.”

“This sentencing further shows that IRS Criminal Investigation is committed to identifying and prosecuting those who try to take advantage of our most vulnerable citizens. People who create elaborate schemes that have no purpose other than to mislead others run the very high risk of prosecution,” said Thomas J. Holloman, III, Special Agent in Charge of the Atlanta Field office of the Internal Revenue Service Criminal Investigation.

The case was investigated by the U.S. Secret Service, the IRS Criminal Investigation, the Coffee County Sheriff’s Office and the Georgia Southern University Armstrong Campus Cyber Forensics Department, and prosecuted for the United States by Assistant U.S. Attorney Marcela C. Mateo and the Asset Recovery Unit for the U.S. Attorney’s Office.