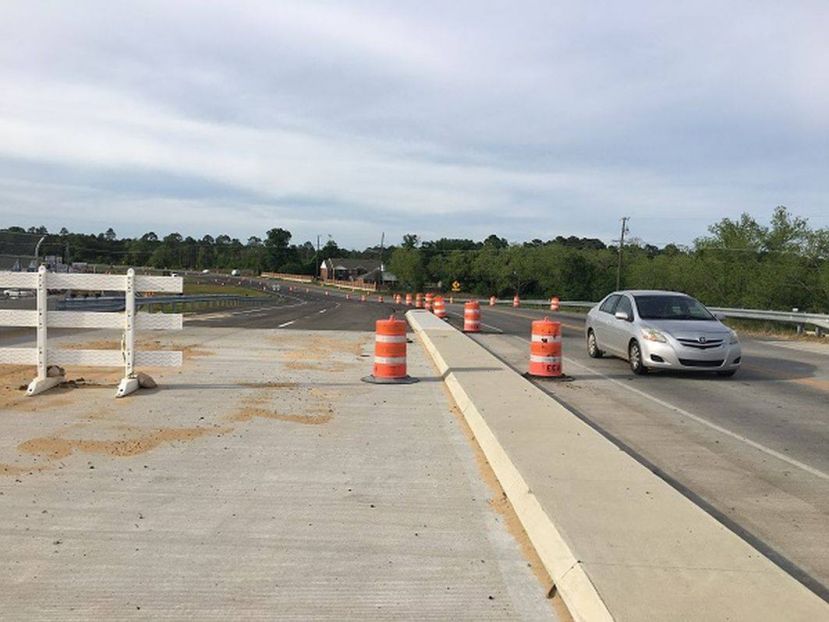 This coming Saturday, the new overpass on the east side of town will have one lane open in each direction. Right now, traffic does not split on the overpass. Of course, the new traffic split will only take place if the weather cooperates.

The Georgia Department of Transportation has notified the City of Douglas that the split will take place on April 27, 2019.

A contractor plans to complete resurfacing of state Route 135/Perimeter Road from SR 158/Baker Highway to SR 32 on April 27, weather permitting. The right/outside lane in each direction will be closed.

Traffic will shift to align with the railroad overpass. Two of the four bridge lanes opened in 2018, allowing for one lane of traffic in each direction on one side of the bridge. Traffic is expected to split April 27, with one lane open in each direction separated by a raised concrete median. The right/outside lane on each side of the bridge will be closed.  The outside lanes of perimeter road and the bridge are expected to open by the end of May.

SR 135 widening and reconstruction began in 2016. The Georgia Department of Transportation project starts at US 441, where it ties into the southwest portion of perimeter road, and ends at SR 32. Construction of the overpass replaces an at-grade railroad crossing and is expected to enhance safety and improve traffic flow. The construction cost is approximately $32.9 million and the contractor is East Coast Asphalt LLC. Construction is about 80 percent complete.