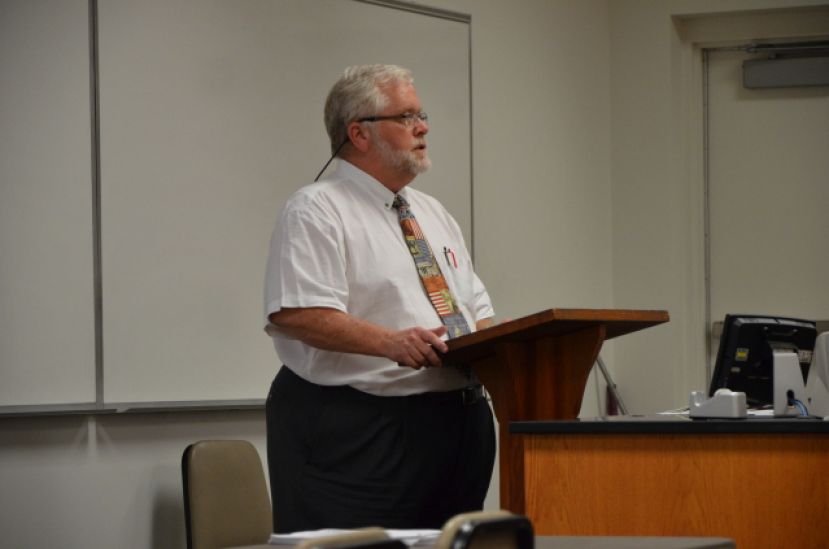 South Georgia State College students celebrated Constitution Day by attending an informative lecture and discussion about a topic relevant to today’s society when it comes to the 227-year-old Constitution.

This year’s topic, presented by Assistant Professor of Political Science Frank Pridemore, was “Can One Person Really Make a Difference?” Students were encouraged by the story of Clarence Earl Gideon, who was one poor man determined to have his voice heard, and ultimately, his voice led to the establishing of a person’s right to a court-appointed lawyer if he cannot afford one of his own.

Students entered the program voicing the concerns that with the nation as big as it is today, it can be easy for one person’s beliefs to go unnoticed or unheard. They also voiced the concern that that majority of Americans may not be as educated about their rights as they should be. Mr. Pridemore encouraged those present to educate themselves. “If you know your rights, you can defend your rights,” he stated, as in the case of Gideon.

After the presentation was concluded, students answered a brief 10-question quiz on facts related to the Constitution, and proved to themselves how much, or how little, they actually knew about one of the nation’s most important documents.

On their way out the door, students were presented with a pocket-sized U.S. Constitution and words of wisdom from Mr. Pridemore: “Be careful about apathy and thinking your opinion doesn’t matter. Think about the Constitution occasionally to consider yourself a responsible citizen.”