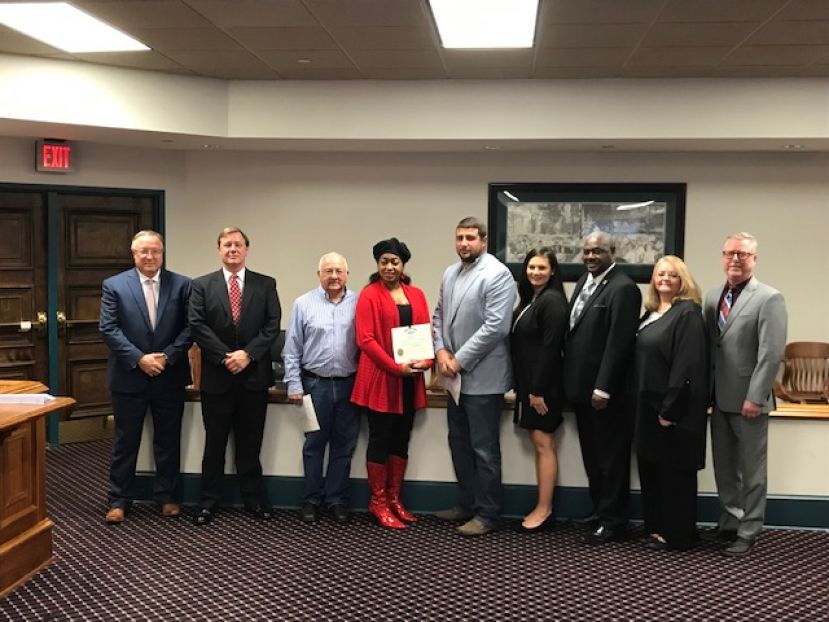 On Friday, Dec. 28, 2018, eight county officials took their oaths of office for 2019. Of those eight, seven were returning to their office; only one, newly elected school board member Tonya Wilkerson, was new. Probate judge Beverly Johns administered the oaths of office.

Superior Court judge Kelly Brooks made a few remarks to everyone in attendance. “First of all, I’d like to say thanks to all of these folks who have put their necks on the line every day. That’s essentially what you do in public service,” he said.

Judge Brooks also acknowledged that there are times when officials can use discretion in their decision-making. When those times present themselves, he said to always err on the side of the taxpayer. “Not only is that good politics but that’s who we represent – our fellow citizens,” stated Judge Brooks.

According to Judge Brooks, there is no greater calling than serving the Lord. “And you serve the Lord by serving your fellow man,” he said.