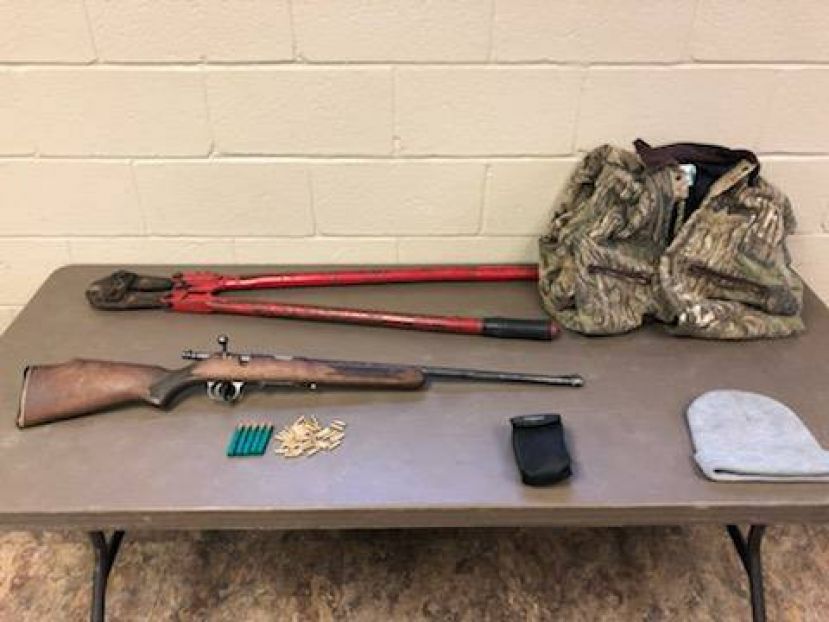 Submitted photo Wednesday night, Broxton police officers arrested Geraldme Phillip Kirby and confiscated these items, as well as a quantity of drugs. Kirby is being held on charges of prowling and drug possession.

There’s one less alleged drug offender and burglar in Broxton as the holiday weekend approaches.

Broxton police chief Scott Harper stated that this arrest was a direct result of his officers being proactive in their jobs. He added that officer Chase Byrd did a phenomenal job in making the arrest and not only removing these dangerous drugs from Broxton’s streets but possibly solving a few burglaries in the process.

"My stance on drugs is the same as when I took office. We will not tolerate it in Broxton. Once again, I will tell the individuals dealing drugs in Broxton -- you have three simple choices: Stop dealing, move out of Broxton, or go to prison. We may not catch you today or tomorrow, but you will be caught. That's a promise," stated Chief Harper.