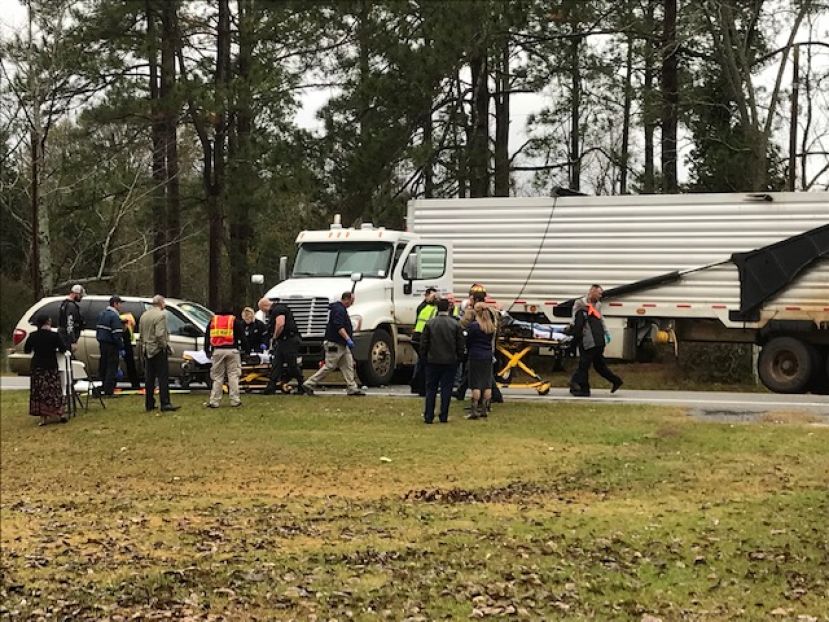 Around 9 a.m. Friday, a tractor-trailer and a minivan collided on Highway 32 just a few miles west of Douglas.

Officers from the Coffee County Sheriff’s Office and Georgia State Patrol, as well as first responders from the Coffee County Fire Department and EMS, responded to the scene. The tractor-trailer, a Freightliner day cab pulling a short recycling trailer, was headed west on 32 and jackknifed across the roadway. The minivan was traveling east on 32 and hit the passenger side front corner of the truck. The truck driver was uninjured. There were at least two occupants of the minivan, both of whom were transported from the scene via EMS.

Traffic was backed up on 32 in both directions for some time but should be clear by now. The Georgia State Patrol is investigating the accident.