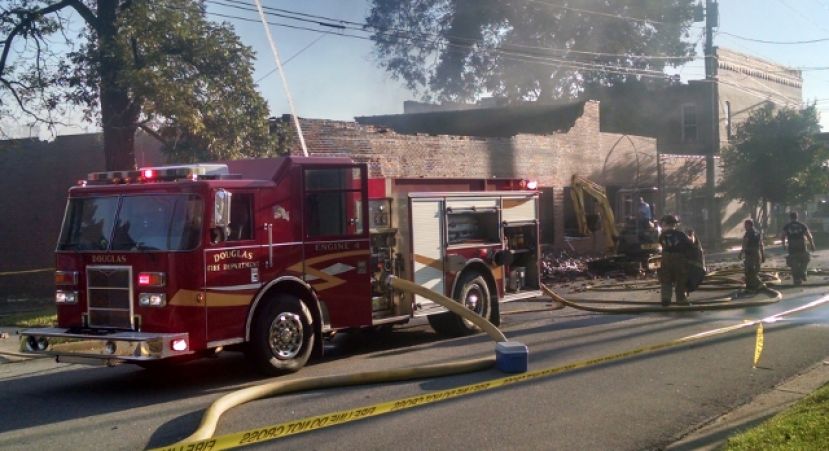 Jerry A. Hudson/DouglasNow.com Firefighters work to contain the scene at Lott's True Value Hardware on W. Bryan St. following an overnight fire that caused massive damage to the building.

An early morning fire on Thursday caused extensive damage to Lott's True Value hardware store on West Bryan St., and the structure is being described as a complete loss.

City of Douglas firefighters, along with assistance with county officials, were still working to contain the scene as daylight broke.

The former local business, which has not been in operation for some time, is located in the city's downtown district just off Peterson Ave. and only one block from the police department. The same building was hit by vandals back in July who smashed the store's front windows and spilled roofing tar on the sidewalk.

It is not known at this time if arson is expected.