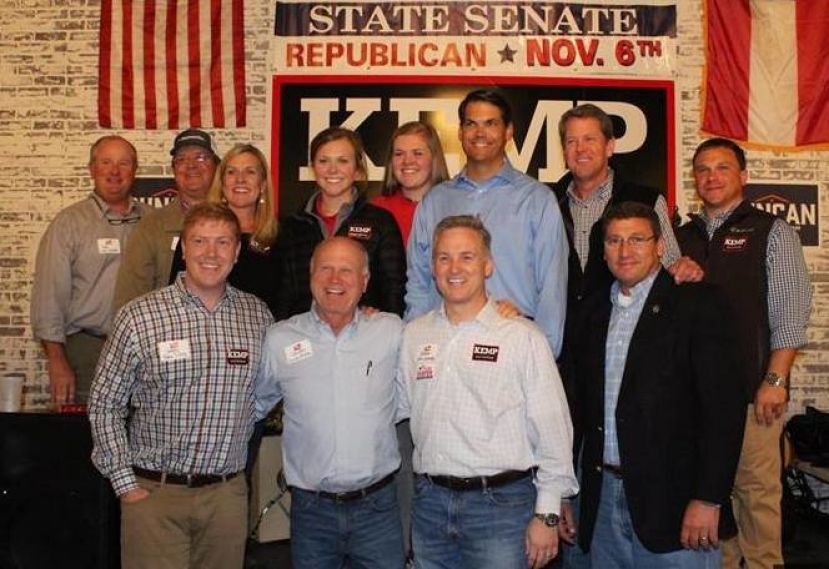 The election is less than a week away. Candidates are doubling down and pulling out all the proverbial stops in their quests to find political glory. Last week, a few headliners from the GOP races visited the area one more time to energize their base.

Brian Kemp, candidate for governor, and lieutenant governor hopeful Geoff Duncan gathered at Harper Hill Plantation with supporters to discuss key issues and the importance of getting out to vote. The event, titled Pig, Pickin’, and Politickin’, was hosted by State Sen. Tyler Harper.

In addition to the candidates, a number of state senators and representatives from all over the state attended to show their support. Kemp had been through the area just a few weeks before, sharing his vision for a better Georgia. At Harper Hill, he sounded the same drum, discussing healthcare, education, public safety, economic development, agriculture, and the importance of continuing Republican leadership in the governor’s mansion.

Duncan was making his first trip to the area this election cycle. His platform is similar to that of Kemp and he too believes that the GOP is the pathway to a brighter future for the state. “Our best days are ahead of us in Georgia and conservative leadership will get us there,” he said.

None of the Democratic candidates have visited the Douglas-Coffee County area this election cycle.